A new Randy Boyd television ad airing across the state starting Monday hits hard on the issue of illegal immigration with “professional politicians” in Washington getting the blame. “Illegal is illegal,” Boyd says in the ad, which specifically pledges Boyd’s support for President Trump’s border wall, opposition to sanctuary cities, elimination of violent gangs like MS-13 and “no driver’s licenses or special benefits for illegal immigrants.” 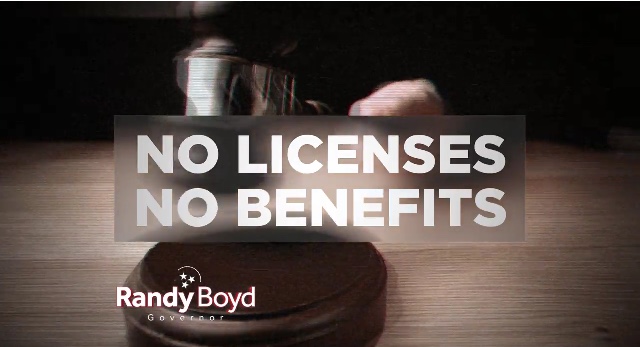 Black has urged Haslam to sign the anti-sanctuary city bill, while Lee has said as governor, he would sign the bill.

You can watch the ad here:

Rep. Black has also been the focus of ads sponsored by Tennessee Jobs Now PAC for her support for legislation in 2001 that granted Tennessee driver’s licenses to illegal aliens (see pages 921-922). That legislation was repealed following the 9-11 terrorist attacks where Islamist terrorists used driver’s licenses issued in other states to board the planes used to kill approximately 3,000 Americans. (Speaker Beth Harwell, who is also seeking the Republican nomination for Governor, also voted for the 2001 legislation, though she has not been the target of any specific ads for her vote at this point. Mae Beavers, who also served in the State House in 2001 and who suspended her race for Governor earlier this year voted against the legislation – as The Star reported last August.)

Boyd himself has been the target of criticism for his $250,000 financial contribution to Connexion Americas, which is an affiliate partner of La Raza.

“Every poll I have seen has been clear, and we have been pointing out for nearly a year, that Republican primary likely voters place dealing with illegal immigration at the top of their priority list heading into the August Primary,” Tennessee Star political editor Steve Gill pointed out. “A Republican candidate in Tennessee simply cannot be TOO anti-illegal immigration and any softness on the issues of the Wall, tuition for illegals, driver’s licenses for illegals, amnesty for illegals, allowing for sanctuary cities or lax enforcement of our immigration laws WILL be exploited by primary opponents.” 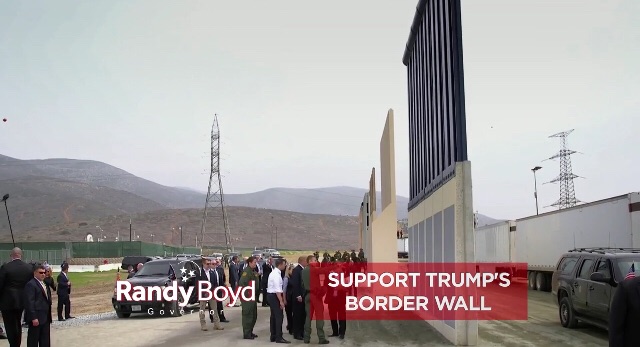 That is why we are seeing ads focused on being tough on illegal immigration popping up in races from the U.S. Senate to Governor to Congress and to local state house and senate campaigns, Gill added. “It is a national issue that will increasingly be driven home locally by candidates who don’t want to look weak on the subject.”

One Capitol Hill insider, who is not affiliated with any of the gubernatorial candidates, questioned whether the Boyd ad is a reaction to the recent Black immigration ad or perhaps an attempt to inoculate himself from her likely attacks over his donation to Connexion Americas. “Boyd is smart to muddy the waters on this issue by pointing out that Black has her own baggage in the immigration arena, including the absence of Wall funding during her time as Budget Chair,” the insider said. “I guess we could call this part of the #hertoo movement by the Boyd campaign.”

A fourth candidate for the Republican nomination for governor, Speaker Beth Harwell (R-Nashville) has also dipped a toe into the illegal immigration issue pool. Harwell has been claiming credit for keeping Tennessee “sanctuary city” free for her role in the passage of the Green-Reedy anti-sanctuary city bill.

5 Thoughts to “New Randy Boyd Ad Focuses on Immigration: ‘Illegal Is Illegal,’ Build the Trump Wall, and No Licenses for Special Benefits for Illegals”