While much of the focus during the Republican primary season has  been on the 18 House seats vacated by Republican legislators who are retiring or seeking other offices a handful of challenges to incumbents are attracting increasing attention. One of those races is in West Tennessee’s 75th District (covering Henry, Stewart and Benton counties) where incumbent Tim Wirgau is facing serious competition from Bruce Griffey.

Wirgau has been in the Legislature since 2011 and chairs the House Local Government Committee.  Bruce Griffey is an attorney and Chairman of the Henry County Republican Party who lives in Paris, TN.

Griffey has taken Wirgau to task for Wirgau’s vote in support of providing taxpayer funded in-state tuition for illegal aliens (2016 HB 675). Illegal immigration has topped the list of Republican voter concerns in Tennessee and opposition to providing in-state tuition to illegals has been extraordinarily high according to polls of likely Republican primary voters.

A Tennessee Star poll conducted in December 2017 that focused on GOP Primary voters underlined how support for using taxpayer funds to subsidize tuition for illegal aliens may be harmful to Republican candidates facing primary opposition.

The question resulted in an astronomically high level of opposition, with 88.3% opposing in-state tuition for illegals while 6.4% were supportive and only 5.3% were undecided. The poll results are almost identical to the numbers in the June, 2017 poll conducted by The Tennessee Star when 84% of likely Republican Primary voters were opposed to subsidizing tuition for illegals. 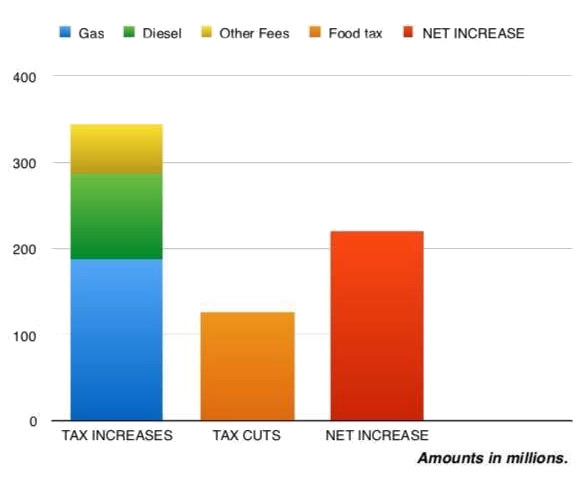 Wirgau also voted in favor of the fuel tax increase, the IMPROVE Act, that raised fuel taxes and registration fees about $350 million a year while Tennessee enjoyed a $2 billion surplus.  A narrow majority of Republicans in the House supported the tax increase, 37-35, but proponents relied on Democrat votes to get enough to pass it.

Wirgau has argued that the Improve Act cut taxes on the sales tax on food, but even when the one cent reduction in the sales tax on food is factored against the 6 cents a gallon gas tax increase and 10 cents a gallon diesel fuel increase Tennessee taxpayers are still paying over $200 million a year more in taxes each year. Meanwhile, over half of the $112 million reduction in the Franchise and Excise tax contained in the IMPROVE Act goes to just 24 companies in Tennessee.

Like many other candidates across the state, Griffey is touting his early support of President Donald Trump, while pointing out that Wirgau voted to support a plan to eliminate the Electoral College process and elect Presidents by the popular vote instead. The Wirgau plan would have resulted in Hillary Clinton becoming President instead of Donald Trump.

Tennessee Star Political Editor Steve Gill says that Wirgau is among 3-4 of the most vulnerable incumbents in the Republican-dominated House, along with Rep. Susan Lynn (R-Mt. Juliet), Rick Tillis (R-Lewisburg), and Barry Doss (R-Leoma), each of whom also voted for the fuel tax increase.

“Griffey has run a strong and effective campaign,” Gill notes, “and the fact that Wirgau recently attacked his family shows the race is tight. One of Griffey’s daughters is an extremely talented musician who does not attended local public schools because she had an opportunity to participate in an advanced music program at Murray State University. The Griffey’s chose to allow her to pursue that opportunity by attending school near the University. The smear campaign by the Wirgau team has produced a backlash that may be the difference in the final vote.”

It is definitely one of the races to watch Thursday night when the results roll in, Gill says.