As we come to the end of summer and begin the season of winter, one hundred and seventy-nine million Americans will celebrate the season with urban legends, scary bonfire stories, and armies of children carrying candy up and down the streets of in what was once referred to as Samhain, All Hallows Eve and All Saints Day in the early Middle Ages and marks itself as a “cross-quarter” day acknowledging the end of the harvesting season and the beginning of winter.

Early civilizations were big observers of the sky.  A cross-quarter day is a day more or less a midway marker between an equinox (when the sun sets due west) and a solstice (when the sun sets at its most northern or southern point on the horizon). October thirty-first is an approximately middle point between the autumn equinox and winter solstice, for those of us living in the Northern Hemisphere.

The United States is home to many haunted farms, abandoned insane asylums, historic mansions now turned museums, and old spirit infested bridges.  We’ve found a few that may very well be hidden in your own backyard. Whether you believe in ghosts, goblins, demonic possessions and or spirits, one thing is for sure, people love a good ghost story.

Here are a few places in Tennessee, Ohio, and Minnesota where visitors promise they’ve had run-ins with spirits that have been dead and buried a long time ago. 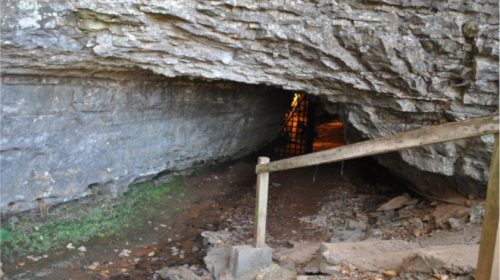 In all American history, no other supernatural story is more famous than the Bell Witch.  Andrew Jackson recognized this spirit circa 1817 when he was quoted saying, “I had rather face the entire British army than to spend another night with the Bell Witch.”

Legend has it that Betsy Bell, John Bell’s daughter was tortured by the witch, otherwise known as his neighbor Kate Batts, who he exchanged a violent argument over a land purchase gone wrong.  The story goes on that while on her deathbed, Batts, swore to John Bell that she would haunt him and his descendants for eternity.

Another interesting twist to the tale is the speculation that Kate Batts was actually a relative of the Bell family and thought to of been Lucy Bells (John Bell’s wife), niece.

You can also visit the grave site of Kate Batts, if you can find it, which is said to be located at the Batts Cemetary in Adams, Tennessee and is currently home to many rabbits, snakes, spiders, and ticks.  Nobody knows for sure where it is as it’s believed that someone stole the gravestone several years ago.

The Bell Witch Cave Inc. has preserved some of the original artifacts from the home of John Bell.  The Bell farm is located about forty-five minutes north of Nashville. 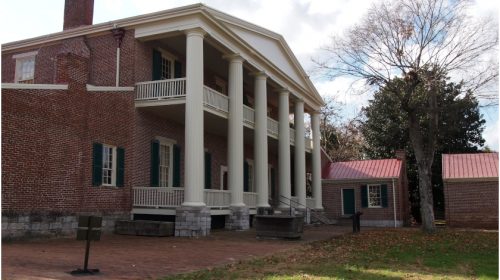 The home of former President Andrew Jackson, The Hermitage is another favorite haunt located in Hermitage, Tennessee.  As the legend goes, the entity of President Jackson has been said to ride a horse up and down the main stairs making loud noises and commanding orders to his unsuspecting visitors.  When Jackson is not riding the halls, his wife can be heard in the kitchen moving pots and pans around and creating a nuisance.

Some of the remaining entities said to be at the Hermitage are those of the servants and slaves, who to this day can be heard dragging their chains across the front porch and on the balcony outside of Andrew Jackson’s former bedroom. 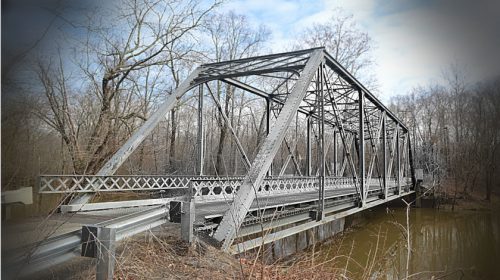 From what is known, this narrow, gravel-laden track is the resting place of a stillborn baby and her mother that was said to have hung herself from under the bridge.  As if that isn’t enough to get you going, it’s also an urban legend that there is a demonic creature who lives in the woods and growls at passing motorists.  At night, it is said to take shelter underneath the bridge.

The next time you are in Gratis, Ohio and can make your way to Fudge Road Bridge, be sure to stop and say, mama, mama, mama if you are looking conjure up the deceased baby’s cry.

Locals and paranormal professionals do not encourage a visit to this haunted place today, as local neighbors will deter you from driving back and forth across the bridge. 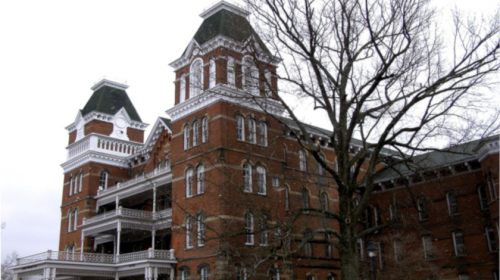 Ridges Asylum which opened in 1874 and was known as the Athens Asylum for the Insane. The Insane Asylum had two wings that could hold five hundred and fifty patients, one wing for the female and one for the male patients.  The violent patients had their own area which kept them at the outskirts on the wings.  At around the beginning of the 1900’s, the asylum had become ridiculously overcrowded resulting in barbaric treatment by exhausted and overworked staff.

Recently, forensic scientists tested a believed to be human stain caused by body decomposition on the floor in one of the hallways of the asylum.  Margaret Schilling was thought to be a deaf-mute who got lost wandering the halls of the asylum in the winter of 1978 or 1979 and died and lay undiscovered for over a month.  The combination of decay and sunlight which shone on her body resulted in the permanent outline that can still be seen today on the floor of the asylum.

There is also a cemetery on the grounds which holds over two thousand bodies and is said to have several ghits of it’s own that can join Margaret as she roams the empty halls at night. 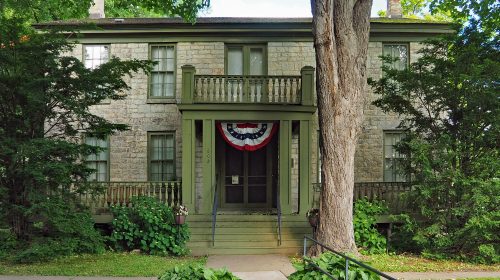 A woman claimed to be seen in a white dress is the rumored paranormal activity at the Warden’s House. People have claimed to see the woman pacing on the second floor of the home and can be seen from the street when the home has been known to be vacant.  This woman is believed to be by some as Gertrude Wolfer, daughter of Henry Wolfer, the last warden to live in the house, who died shortly after giving birth to her son Winston.  She suffered from appendicitis and her motherless son was sent to live at the home with his grandparents.  It is also said that the cradle of Winston rocks by itself in the homes master bedroom.  She was laid to rest in the town cemetery on September 24, 1908.

More people have said that there is more than just Gertrude ruling the roost at the mansion and that she is in fellow company with an ex-con who worked on the property for the warden.  One of the warden’s prisoners worked and lived on the property as a stable hand and maintained the upkeep of the original carriage house.

As legend may have it, he was known to commit a crime after his release by vandalizing a jewelry store so that he could come back to the home to work his old job because he enjoyed it so much.  People have seen apparitions of a man in prisoner’s clothing wandering the grounds. It was common during the time, for prisoners to be assigned to work at the Warden’s House in order to maintain the house and property. 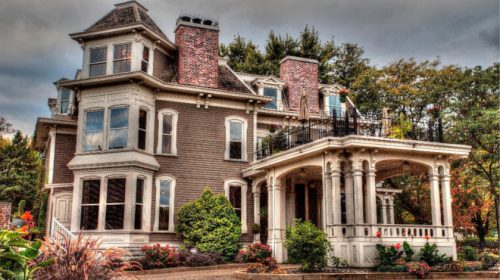 A wholesale magnate that supplied provisions to the Union troops during the Civil War, Joseph Forepaugh built his family a beautiful Victorian mansion which now is the home to the Forepaugh Restaurant.

Mrs. Forepaugh promptly ended the marriage after that and Joseph committed suicide in distraught.  Molly, his mistress was so completely heartbroken, that she hung herself from a chandelier and jumped out the window of the mansions third floor.  She was at the time, known to be pregnant with Mr. Forepaugh’s child.

Both Joseph and Molly are said to haunt the restaurant today. The two of them have been seen walking through the dining areas, but it is Molly who seems to be the most obvious.  The restaurant is said to be haunted to this day by both Molly and her lover Joseph.  Molly whose lavender scent is said to waft through the air as she takes her fists to the walls and shatters glasses on floor assures that Joespeh is not far away.

Around Halloween, Molly is the most vocal as in her mortal days, as is said to be her favorite time of the year. 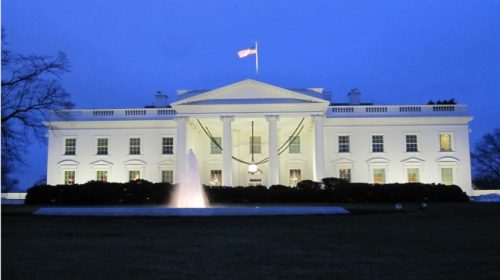 It is said that several rooms in the White House are indeed haunted as many people throughout history have stayed in and roamed the halls of our nation’s great capital.  But there is one room that takes the candy, the Lincoln Bedroom.

Jaqueline Kennedy, Ladybird Johnson, and the Ford and Reagan children have suffered the same fate as the preceding Presidents.

In addition to Lincoln making his repeat appearances, ex-guests have said the room has some bone chilling cold spots and the room lights will turn on and off on their own.