Democrat Tim Walz defeated Republican Jeff Johnson to become the next governor of Minnesota and extend the Democratic-Farmor-Labor (DFL) Party’s control of the governor’s mansion.

Walz will succeed Gov. Mark Dayton (D-MN), who has been governor of the state since 2011 but chose not to seek reelection after struggling with numerous health complications.

At 93 percent of precincts reporting, Walz and running-mate Peggy Flanagan were up 54 percent to 42 percent, and Johnson conceded defeat.

“Thank you, Minnesota. Thank you for putting your heart, soul, and prayers into this race,” Johnson said to a crowd of disappointed supporters, who faced tough losses all across the state. 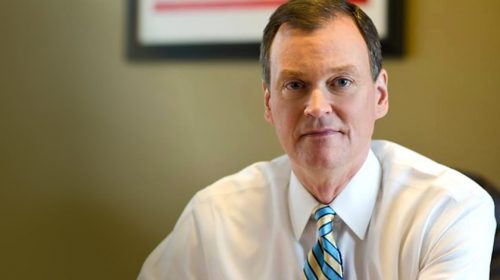 “I gave Tim Walz a call a few minutes ago to congratulate him for his victory and I told him, and I meant it, that I don’t just wish him luck, but I wish him success,” he continued. “Because I want to retire in this state, and I want to raise grandchildren in this state.”

Johnson’s 2018 gubernatorial campaign was his second shot at the governor’s mansion, having lost by just six points in 2014 to the incumbent Dayton. His loss Tuesday came at a surprising 12-point upset.

During his victory speech, Walz applauded his opponent for running a campaign of “decency,” and one based on the issues, saying that “our democracy is strong tonight.”

“We’ll do all of these things when we come together as One Minnesota,” Walz said to a room packed full of supporters, though he reached out to Johnson voters as well.

“I will be your governor just as much as I will be for the people in this room” because “one Minnesota means everyone who is impacted by the decisions we make gets a seat at the table,” the Democrat said.

“This is not a state that fears a future; this is a state that creates a future,” Walz concluded before walking off the stage, repeating what has become a catchphrase of his campaign.

Flanagan, as Walz pointed out during his acceptance speech, is the first “indigenous woman in this nation’s history” to be elected “into the executive office.”

“Today, Tim Walz, our families, and I are humbled and grateful to stand before Minnesotans statewide,” Flanagan wrote after her victory. “We are thankful for the hard work and support everyone has shown. Today, we continue the journey of making one Minnesota a reality.”