“This is probably done in conjunction with Fusion GPS that was making this stuff up, they conveniently were able to get this into the FBI, willing takers at the FBI, and this was all to dirty up the Trump campaign. I mean, I have to say, you can’t make this stuff up, but… that’s exactly what they did.”

That was Ranking Member of the House Permanent Select Committee on Intelligence Devin Nunes’ (R-Calif.) reaction in an interview with John Batchelor on May 9, who asked him about a report from The Hill’s John Solomon that details a meeting former British spy Christopher Steele — author of the false allegation paid for by the Democratic National Committee and the Clinton campaign that President Donald Trump was a Russian agent — had with Deputy Assistant Secretary of State Kathleen Kavalec on Oct. 11, 2016. 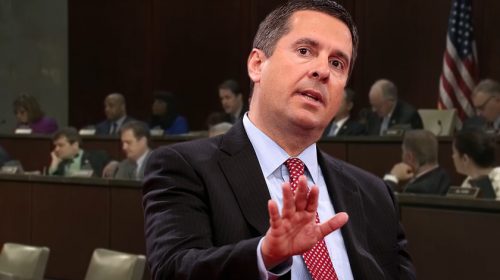 The meeting was memorialized in a memo Kavalec typed up afterward, and cast serious doubts on some of the allegations Steele was making, as well as his credibility. According to Kavalac, Steele was “keen to see this information come to light prior to November 8” to have an impact on 2016 election.

The documents came from a Freedom of Information Act request by Citizens United.

It included a bunch of whoppers, some included in the Steele dossier, others not. For example, that former Trump campaign manager Paul Manafort owed $100 million to the Russians. It turns out that was an exaggeration as the amount was more like $10 million from Russian businessman Oleg Deripaska.

Former Trump campaign advisor Carter Page was said to have met with Rosneft executive Igor Sechin. This was from the dossier, the specific (absurd) allegation was that Page had been offered a 19 percent stake in Rosneft, Russia’s state oil company, that would have been worth billions of dollars. There is no mention of a meeting with Sechin in the Mueller report by Page.

Steele also detailed to Kavalec “a technical/human operation run out of Moscow targeting the election. There is a significant Russian network in the U.S. run by the Russian Embassy that draws on emigres to do hacking and recruiting… Payments to those recruited are made out of the Russian consulate.”

But, as Kavalec noted in her comments, “It is important to note that there is no Russian consulate in Miami.”

In other words, Steele’s assertions did not pass the smell test to Kavalec, since it included easily debunked claims like the fictitious Russian consulate in Miami. In the least, they came with a huge grain of salt. And this was 10 days before the Justice Department went to the Foreign Intelligence Surveillance Act (FISA) court to get a warrant to conduct electronic surveillance (i.e. spy) on Page and the Trump campaign, that gave the Justice Department access to campaign phone calls, emails, texts and more.

Nunes found it unbelievable that the Kavalec memo did not find its way to the FBI, especially considering that parts of it were classified, telling Batchelor, “I find it very hard to believe that the FBI never saw this memo, in fact, I’m quite sure [it did] because the State Department was anxious to get as much information over to the FBI as possible” including other dossiers that had been handed off.”

“I think they realized [with the FOIA request] that they put something out that didn’t belong out and they later tried to retroactively go back and classify it,” Nunes added.

All this comes atop the Mueller investigation and report debunking several other claims that had been made by Steele.

We already know the Foreign Intelligence Surveillance Act (FISA) warrants taken out against the Trump campaign starting in October 2016 relied on the dossier by former British spy Christopher Steele paid for by the DNC and the Hillary Clinton campaign. 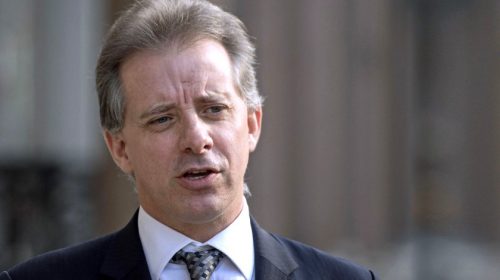 Steele had alleged that not only had Russia hacked the Democrats and put the emails on Wikileaks, which was already public knowledge since June 2016, but that Trump and his campaign helped with “full knowledge and support” of the operation. Former Trump campaign manager Paul Manafort, as well as campaign advisor Carter Page when he traveled to Moscow in July 2016, were both named by Steele as the key intermediaries to the Kremlin. Steele said then-Trump personal attorney Michael Cohen had traveled to Prague in the summer of 2016 to meet with Russian agents to mop up the fallout of the supposed operation.

Now we know based on the Mueller report that it was all false. The report stated, “In particular, the Office did not find evidence likely to prove beyond a reasonable doubt that Campaign officials such as Paul Manafort, George Papadopoulos, and Carter Page acted as agents of the Russian government — or at its direction, control or request — during the relevant time period.”

Manafort was brought up on unrelated tax and bank fraud charges. Cohen has had his own set of problems with federal prosecutors, but being a Russian agent is not one of them. Per the Mueller report, “Cohen had never traveled to Prague…” And so, he very well could not have been there meeting with Russian intelligence officials.

As an aside, Cohen having never traveled to Prague was obvious as early as Jan. 2017 when Buzzfeed published the dossier, and should have been obvious to U.S. investigators months before then.

As for Page, he was never charged with anything. A footnote justifying the issuance of the FISA warrants against him stated, “On four occasions, the Foreign Intelligence Surveillance Court (FISC) issued warrants based on a finding of probable cause to believe that Page was an agent of a foreign power. 50 U.S.C. §§ 1801(b), 1805(a)(2)(A). The FISC’s probable-cause finding was based on a different (and lower) standard than the one governing the Office’s decision whether to bring charges against Page, which is whether admissible evidence would likely be sufficient to prove beyond a reasonable doubt that Page acted as an agent of the Russian Federation during the period at issue. Cf United States v. Cardoza, 713 F.3d 656, 660 (D.C. Cir. 2013) (explaining that probable cause requires only ‘a fair probability,’ and not ‘certainty, or proof beyond a reasonable doubt, or proof by a preponderance of the evidence’).”

The Mueller report made no effort to corroborate the Steele dossier or to vindicate its sources.  Steele said they were Russian, but they are not named: Source A was a “former top Russian intelligence officer”; Source B was a “senior Russian Foreign Ministry figure”; Source C was a “senior Russian financial official”; Source D was a “close associate of Trump” (golden showers source); Source E was an “ethnic Russian close associate” of Trump (golden showers source); Source F was a “female staffer of the hotel”; and source G was a “senior Kremlin official”. 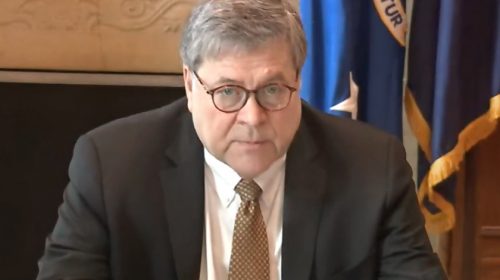 One possibility that is being explored by Attorney General William Barr right now is that the sources are who Steele said they were, Russian intelligence and Kremlin officials, and therefore, that the dossier could have been planted as Russian disinformation.

Cutting against that was a New York Times report Scott Shane, Adam Goldman and Matthew Rosenberg reported on April 20 that in Jan. 2017 the FBI interviewed one of the main sources for the dossier and came away with “misgivings about its reliability [that] arose not long after the document became public” in Jan. 2017.

Per the Times report: “By January 2017, F.B.I. agents had tracked down and interviewed one of Mr. Steele’s main sources, a Russian speaker from a former Soviet republic who had spent time in the West, according to a Justice Department document and three people familiar with the events, who spoke on the condition of anonymity. After questioning him about where he’d gotten his information, they suspected he might have added his own interpretations to reports passed on by his sources, one of the people said. For the F.B.I., that made it harder to decide what to trust.”

The FBI at the time discounted the possibility of the dossier being Russian disinformation: “F.B.I. agents considered whether Russia had polluted the stream of intelligence, but did not give it much credence, according to the former official.”

Which leaves the other possibility, considered by Nunes and Batchelor in the interview, that it was simply made up. Going back to the latest revelation from John Solomon, think of it, a Russian disinformation plot to convince Steele or the State Department that there was a Russian consulate in Miami that did not actually exist? Some of the stuff is simply so absurd, they weren’t even good lies, so maybe it really was fabricated by Steele or his sub-sources to suit a predetermined narrative.

One thing’s for certain, Attorney General Barr needs to get to the bottom of this. And none of this should be classified anymore. President Trump needs to get make as much information as possible publicly available so the American people can learn how the nation’s intelligence services, courts and the Justice Department were politicized to spy on the opposition party in an election year — all based on a con.

Shelter in Place Order Now in Effect in Minnesota: Here’s What You Need to Know