Minnesota taxpayers will fund a number of leftist art projects this year, including the “next season of free Drag Story Hour performances” and a production of “Queertopia.”

The Metro Regional Arts Council announced the inaugural grant recipients of its “Arts Project Support” program in October. More than $800,000 was awarded to 84 various organizations and projects for Fiscal Year 2020. Funding comes from the Minnesota Arts and Cultural Heritage Fund established under the state’s Legacy Amendment.

The council acknowledges on its website that “funding is made possible by the voters of Minnesota through grants from the Minnesota State Arts Board thanks to a legislative appropriation from the arts and cultural heritage fund.”

The Legacy Amendment was approved by voters in 2008 and increases the state sales tax by three-eighths of one percent each year until 2034. The additional sales tax revenue is then distributed into four funds, including the Clean Water Fund, the Outdoor Heritage Fund, the Arts and Cultural Heritage Fund, and the Parks and Trails Fund.

Minnesota has allocated $2.9 billion to these funds since the Legacy Amendment was first passed, including more than $565 million to the Arts and Cultural Heritage Fund.

“The Arts Project Support grant program is made possible with funds from the Minnesota Arts and Cultural Heritage Fund of the Legacy Amendment,” the Metro Regional Arts Council said when announcing its first round of awards. 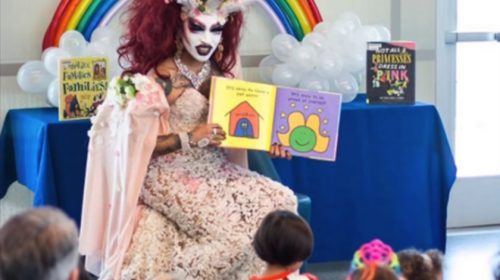 The funding recipients were first exposed by writers with The Deplorable Housewives of the Midwest, which found that a group called “Viva La Pepa” received $6,950 in funding “for the next season of free Drag Story Hour performances in Minneapolis and St. Paul.”

Another $10,000 in funding was allocated to the “15th annual production of Queertopia in Minneapolis.” The production describes itself as “ungovernable queer art-making during Pride week” and a “cabaret celebration of queer love.”

Gadfly Theatre Productions and 20% Theatre Company each received $10,000. The two companies aim to highlight “the stories of queer and feminist voices” through performances featuring “LGBTQ artists and allies.”

A company called the Umbrella Collective also received $10,000 in taxpayer funds for the production of a new play called “A Squid Has Three Hearts,” which “examines the environmental consequences of bringing a child into the world.”

A group called Wonderlust Productions received $10,000 for “The Incarceration Play Project,” a “community-driven new play about the people in and affected by Minnesota’s incarceration system.”

A full list of funding recipients is now available online.

Anthony Gockowski is managing editor of The Minnesota Sun and The Ohio Star. Follow Anthony on Twitter. Email tips to [email protected].
Photos “Queertopia” by Queertopia.