Most of us have our own life experiences to draw from when thinking about school, but things have changed a little (or a lot!) since we were last in a classroom.

Imagine your neighbor Caroline said her son loves the magnet elementary school he switched to in August. You might be perplexed as images of magnetic items swirl through your mind… fridge magnets, safety pins, paper clips…. “Could there possibly be a school where students study magnets all day?” you wonder. Unless you remember to look up a magnet school later, you may remain unaware that magnet schools are free, public schools that orient the whole curriculum of the school around a certain “theme” like the performing arts.

The K-12 education scene affects us all and it’s good to be in the know. In honor of National School Choice Week, here are six surprising facts about American education:

1. Approximately One Third Of American Parents Actively Choose The School Their Child Attends.

According to the National Center for Education Statistics, 20 percent of students are enrolled in a public school chosen by their families and nine percent attend a private school, while three percent are homeschooled. More parents in the United States today are actively choosing schools or learning environments for their children than at any other time in history.

2. Parents Are Not All About Grades.

According to a recent survey of 1,000 parents commissioned by the National Coalition for Public School Options, test scores aren’t first on parents’ list when they’re choosing a school for their child. They’re not even second.

While more than 90 percent of surveyed parents considered school safety, teacher quality, and a generally positive learning environment to be “important,” only 55 percent of parents considered standardized testing to be “important.” In other words, parents want the opportunity to choose a learning environment where their child is safe, successful, and happy.

3. People Underestimate How Much Public Education Costs. By A Lot.

One study found that the public pays almost twice as much money per pupil as the average survey respondent estimated. As the map below shows, the average amount of money spent each year for a child in a public school is $12,756. 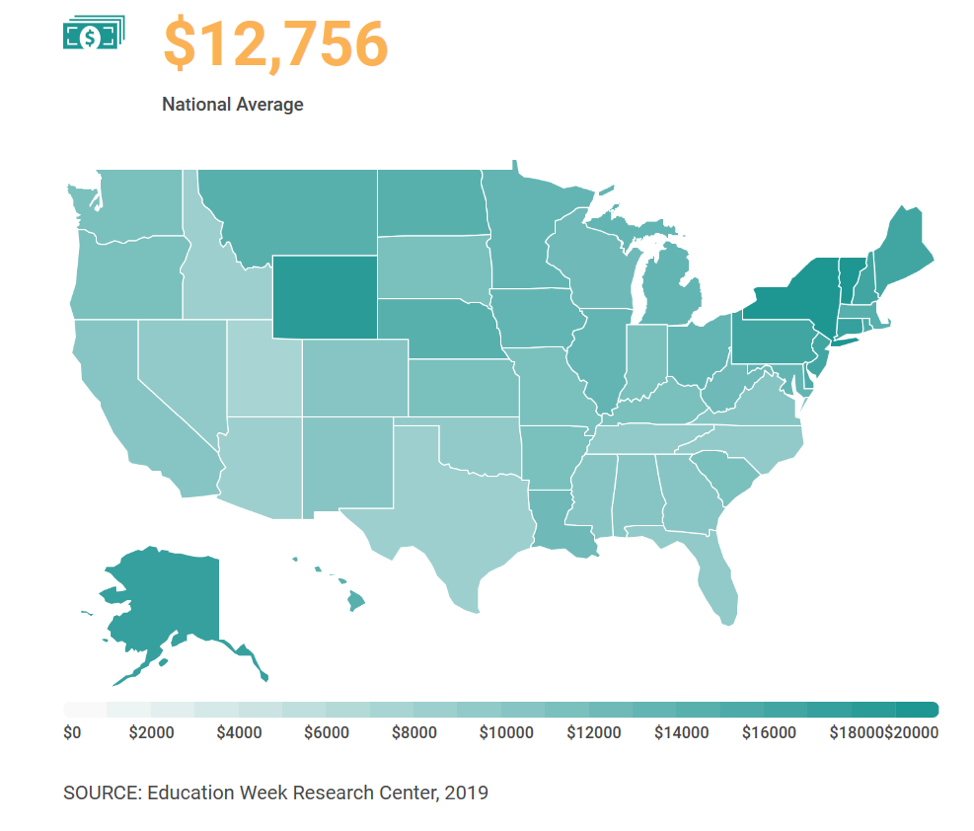 Out of all the states, Vermont spends the most per pupil at $20,540 per student, while Utah spends the least at $7,635. In the United States over the last few decades, inflation-adjusted education spending has increased by more than 30 percent.

4. Millennials Are The Generation Of School Choice.

Fewer than one-third of millennials think that your zip code should determine your school. Young American families are true believers that all kids should have access to quality schools, regardless of their background. This makes sense, as the generation raised on Uber, Lyft, and unbundled cable expects customization on the things that are important to them.

Think back to how Paramount Pictures redesigned the “Sonic the Hedgehog” movie after the original trailer was, um, not a crowd pleaser last year. People have power not only in entertainment but also in education. When families want more public school options – like charter schools, magnet schools, and flexible open enrollment laws (where families can choose a public school other than their assigned district school) – those voices are heard. That’s the lesson of West Virginia.

6. Students Want Education To Be More Exciting And More Focused On Real Life.

Last month, The New York Times published a collection of student opinions about how American education could be improved. Students spoke right up, asking to shift the emphasis to life skills and more engaging lessons.

These six facts aren’t all the education news that’s fit to print, but they’re a good starting place. This National School Choice Week, families around the nation are participating in school fairs, movie screenings, open houses and more to celebrate K-12 education in all its shapes and sizes. Will you share something you learned about education this week with a friend or family member?

Appeared at and reprinted from IntellectualTakeout.org