MINNEAPOLIS, Minnesota – Three consecutive nights of rioting in response to the alleged murder of an unarmed black man at the hands of a Minneapolis police officer have left stretches of the city in ruins, producing scenes most accurately described as a war zone.

Officer Derek Chauvin, the man filmed pressing his knee into the neck of a handcuffed George Floyd, was arrested Friday on charges of murder and manslaughter. He and three colleagues involved in the incident were fired from the Minneapolis Police Department Tuesday. 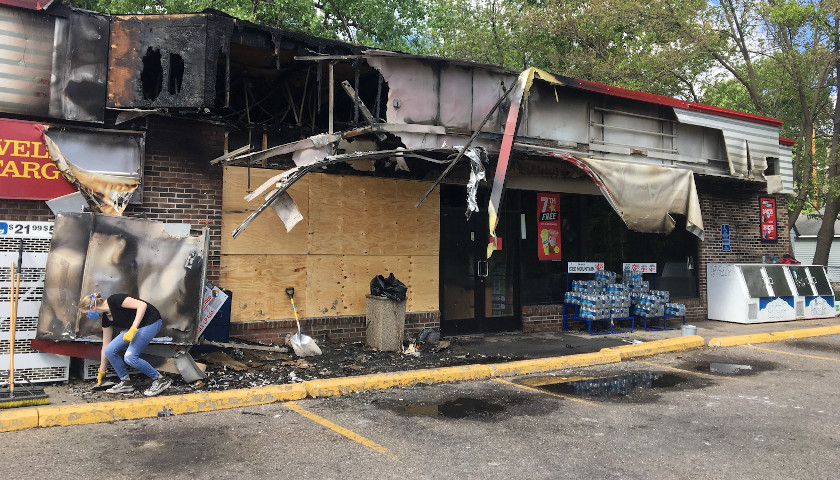 What began as a peaceful demonstration Tuesday evening to honor Floyd’s life turned into three nights of full-blown rioting as the instigators destroyed apartment buildings, restaurants, and convenient stores. Every imaginable surface was covered with anti-police graffiti in the area surrounding the Minneapolis Police Department’s Third Precinct, which was set ablaze Thursday night.

After getting called up by the governor, the Minnesota State Patrol and National Guard lined the streets of Minneapolis, forming a perimeter that stretched several city blocks. One state trooper said they were called from every corner of the state to help put an end to the chaos in the Twin Cities.

In an effort to quell the madness, the mayors of Minneapolis and St. Paul instituted a curfew of 8 p.m. through the weekend, but the threat of a $1,000 fine or 90 days in jail didn’t seem to bother the rioters, who were still out in full force Friday night. 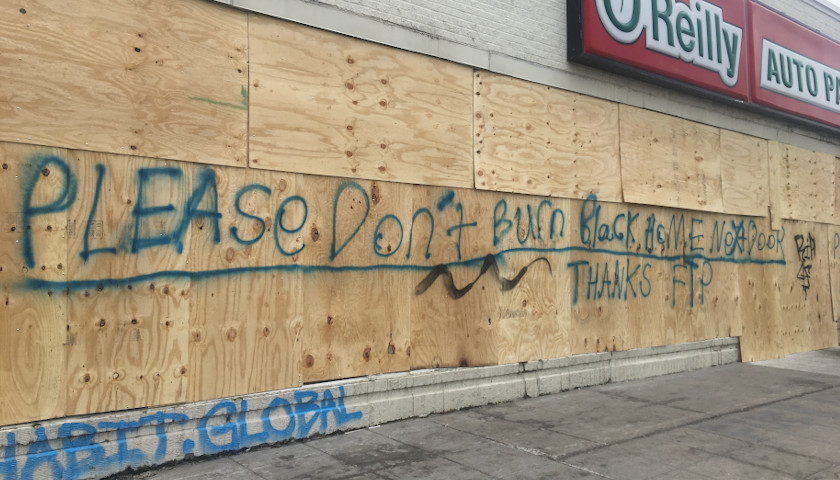 The destruction hasn’t been confined to Minneapolis. A NAPA Auto Parts in St. Paul’s Frogtown neighborhood, for instance, was burned to the ground while a nearby Speedway was ransacked. And that doesn’t even scratch the surface.

All in all, more than 200 businesses across the Twin Cities have been looted or damaged, many with significant fire damage, a Star Tribune analysis found. The mayors of several inner-ring suburbs followed Minneapolis and St. Paul in imposing curfews through the weekend after rioters threatened to make their way to the surrounding cities.

President Donald Trump addressed the matter Thursday night, saying he couldn’t “stand back and watch this happen to a great American city.”

“A total lack of leadership. Either the very weak radical left mayor, Jacob Frey, get his act together and bring the city under control, or I will send in the National Guard and get the job done right,” the president wrote on Twitter. 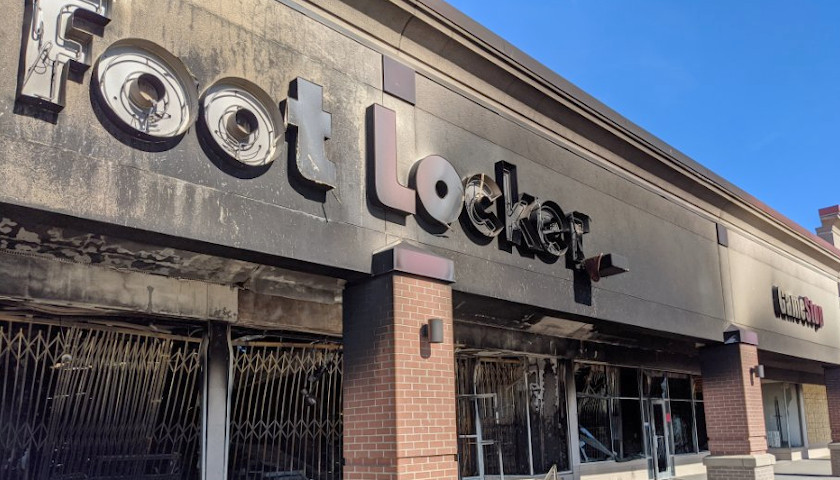 Despite a heavy law enforcement presence, the riots continued Friday night outside the Minneapolis Police Department’s Fifth Precinct, causing some state lawmakers to wonder what exactly the plan was.

“Earlier today we were told there would be a plan, and it would be presented to Minnesotans. The curfew announced earlier is not being enforced. Looting and fires have started again. Minnesotans deserve to know: what is the plan to prevent more destruction this weekend,” House Minority Leader Kurt Daudt (R-Crown) said in a statement on Twitter.

At a certain point, words fail to describe the scene. Below is footage captured by The Minnesota Sun:

One Thought to “A City in Ruins: Three Nights of Riots Leave South Minneapolis Looking Like War Zone”