State officials said the driver, who has been identified as 35-year-old Bogdan Vechirko, might not have realized that the interstates had been shut down in an effort to quell unrest in the Twin Cities. Vechirko was arrested on suspicion of assault and remains jailed, but Department of Public Safety Commissioner John Harrington said Monday that he didn’t seem to be acting intentionally.

“The driver of the tanker truck was on the freeway already. He was on 94 already and he turned on to 35 before we got barricades or trucks there to block off his access to 35,” said Harrington, noting that the driver was speeding.

“We do have some information that he saw the crowd and initially, what it looks like, he panicked,” Harrington added. “From what we can tell from our interviews, we have not had any information – and it’s still an open investigation – we don’t have any information that makes it seem like this was an intentional act.”

A video of the incident in question can be watched below:

Shortly after the harrowing event, Winkler claimed on Twitter that Vechirko’s empty fuel tanker had “confederate flags and white supremacist insignia” on it.

“Protesters I know are saying truck driver drove into a crowd and intentionally ran into them. Confederate flags and white supremacist insignia. Protesters stopped truck. Minneapolis police have shut down 35W bridge,” Winkler wrote on Twitter, but deleted the tweet after several hours because of its falsity. 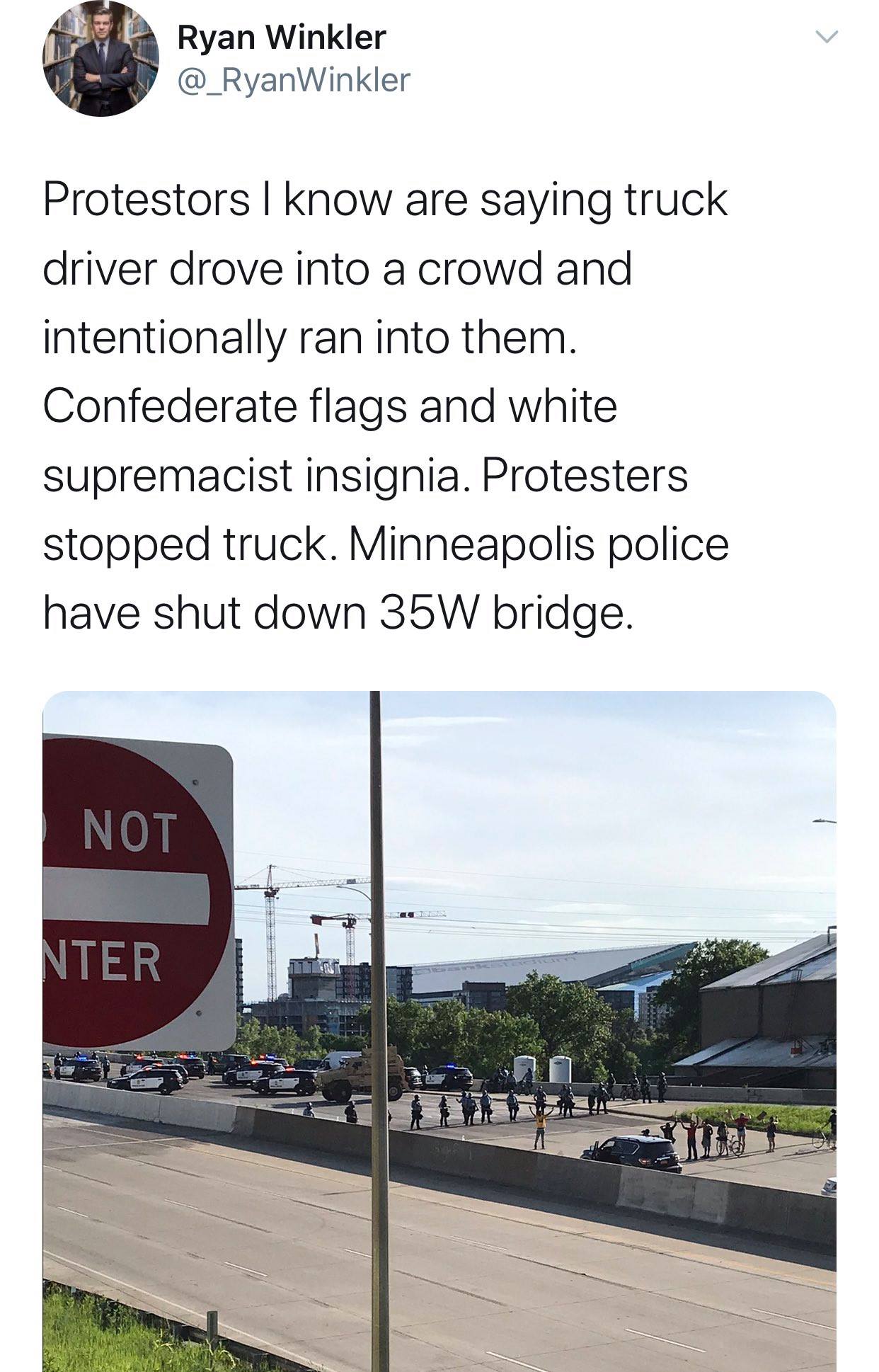 “Deleted a tweet with inaccurate information. Chaotic scene and multiple reports,” he wrote.

“I don’t think we should do civic leadership via Twitter,” said Walz. “It’s chaotic for people, there’s a lot of emotions. I will just say it: we have a void of really positive, cohesive messaging.”