Edina Realty fired one of its agents last week after she posted on Facebook about removing Black Lives Matter signs from light poles outside her apartment building.

The real estate agency was informed via a Facebook comment that Babette Gillet Bean, a longtime employee of the company, had “actively participated in the removal of BLM signs that have been posted in her neighborhood.”

“As a realtor, she holds power in our community to provide opportunities to Edina residents, and also the power to deny opportunities to those she deems unworthy. This is a dangerous, sneaky, silent, and often unnoticed form of racism,” a person wrote on Edina Realty’s Facebook page on June 3. 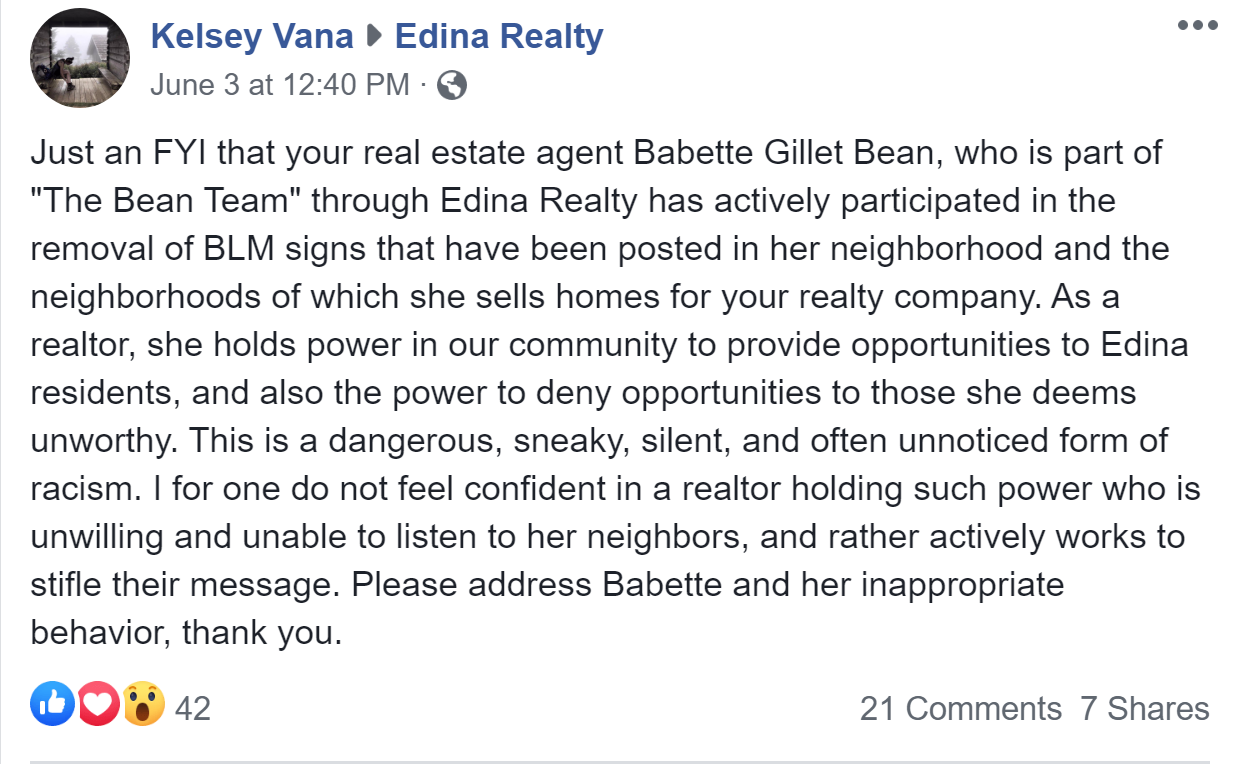 The company was also provided with screenshots of Bean’s Facebook account, where she posted about taking down Black Lives Matter signs.

“Thank you for bringing this to our attention. As of this afternoon, Babette Bean is no longer with Edina Realty,” the agency said in a Facebook reply. 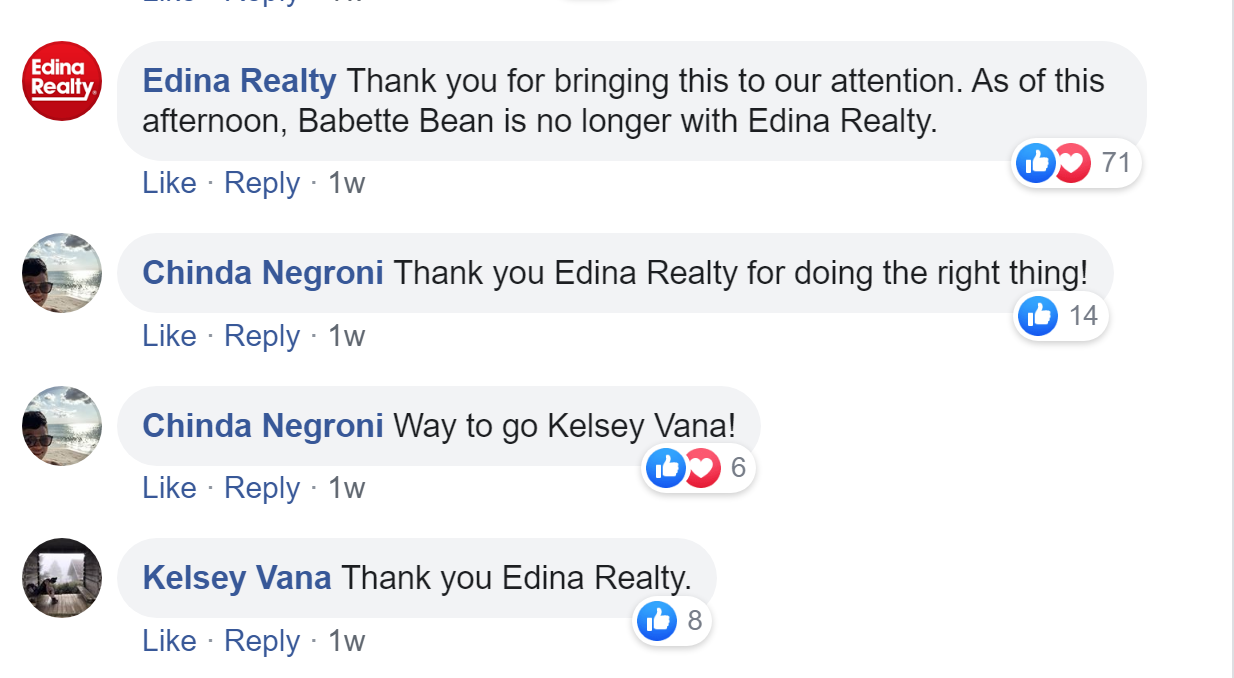 After her termination, Bean told The Star Tribune that she “removed four posters that had been affixed to light poles on [her] apartment complex property.”

“I did not do so as some kind of political or racist act, but because any postings – regardless of content – on light poles are prohibited by city ordinance. I regularly remove garage sale, for sale and all kinds of other signs posted [on] the poles and have done so for years,” she said. “I fully support the public outcry for long overdue change in our police departments that all too often deliver grossly unequal justice to African Americans and other minorities.”

Edina Realty confirmed with The Star Tribune that it terminated Bean after it was made aware of her Facebook posts.

Greg Mason, CEO of Edina Realty, announced in a recent press release that the company has “signed a statement with 50 other Minnesota companies to stand united against acts of racism and violence.”

“We pledge: change has to start today, and it needs to start with us,” said Mason. “So, as a company, we’re reflecting on all the ways we can do better in serving diverse communities by promoting inclusion and equality, but also by helping to identify – and remove – historical barriers. We know there is work to do. We’re listening and we’re here for it.”