Nashville, Tennessee  – Naturally, if an entertainment writer from Nashville hears about a singer with the last name of ‘Cash’, they are going to pay attention. When Ana Cristina Cash’s Christmas single, “Mele Kalikimaka” came to across my feed, I listened. What I discovered was that this lady could sing, I mean really sing. The singer-songwriter’s vocals exhibit a broad range, spanning from an expressive contralto to a soaring coloratura soprano.

It turns out that Ana Cristina Cash has been singing since she was a very young child. She grew up in Miami, Florida in a bilingual household with Cuban-American parents. Her parents emigrated from Cuba as teenagers in the 1960s.

Cash was the youngest of three sisters. She was always interested in singing, particularly Disney princess songs. As a toddler, she would mimic the singers in the Disney movies. Her grandmother told her mother, “She can sing, she sings along with these movies.” Her mother casually replied, “All kids sing.”

Cash’s favorite song to copy was the impossible vocals of Sleeping Beauty’s “I Wonder.” She truly learned to sing from watching film.

She sang in the choir in elementary school and then would sing at the Miami-Dade County Youth Fairs. She auditioned for the singing competition show, “Sabado Gigante” which translates to Giant Saturday. It was the longest-running variety in history until it ended its run a few years ago. They had a children’s segment where the kids did musical numbers much like the Mickey Mouse club. But the difference was that these children competed as they sang. 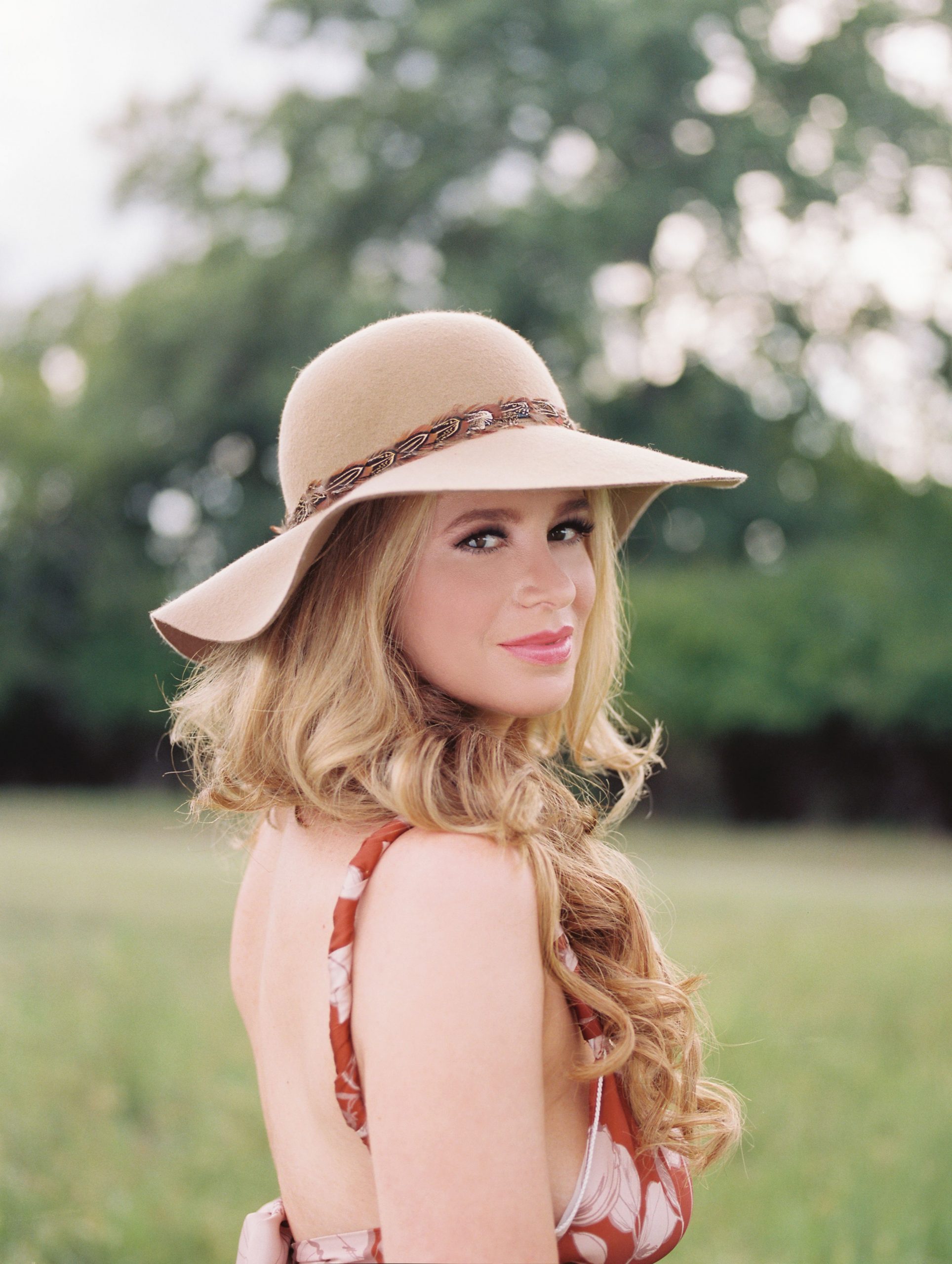 Cash auditioned at six-years-old with Little Mermaid’s “Part of Your World.” She got accepted to the show and did the musical competitions for about seven more years. When she was singled out to do song and dance routines, they would pre-record the song before the TV performance. This was the artist’s first foray into the recording industry.

States the singer, “I just loved the experience of recording your voice and hearing it back and just hearing a track and being a professional in the studio. I was required to be a professional at a very early age.”

At age 15, Cash started recording demos independently. One of her demos landed in the hands of an executive from Sony Music Latin which was based in Miami. Most of her earliest musical opportunities were in the Spanish language because of the giant Latin-American hub that Miami is. The bridge between Latin-America and America was in Miami.

The songstress landed a record deal at the age of 16 and was privileged to work in the studio with different Grammy Award-winning producers including Gloria Estefan’s famed husband, Emilio Estefan. She toured Latin America and did radio promos.

When Sony merged with BMG, she found herself without a label. However, at the age of 19, Cash was given the honor of singing “The Star-Spangled Banner” at the 2005 Presidential Inauguration for President Bush, making her the first Hispanic in history to do so. Cash was then asked to return in 2006 as she was invited to the White House for Spanish Heritage Week where she performed for the Crowned Prince of Spain and notable world ambassadors.

Cash was a responsible young adult and she started her own publishing company at the age of 19. She began to write songs and booked her own shows. She was an independent artist and booked gigs like charity events and any local events that were available to her.

She completed her degree in Journalism at Florida International University and left for California where she took acting lessons. She recorded an album, West Coast Sessions under the name Ana Cristina in 2015.

So many of her friends were artistic and in the movie industry. “I got to see so many shows and be really inspired. It fed my artistry,” she exclaimed.

That was the time she first met her soon-to-be husband, John Carter Cash. She recalls, “He was visiting the Sunset Marquis Hotel down the street from where I live. I was sitting at the bar drinking a glass of wine by myself and this random man began talking to me.” She continued, “He wasn’t creepy at all and we actually became friends. We talked about life and talked for a long time.” When Carter-Cash returned to Tennessee, he would text her and check on her but he never asked her out. Finally, nine months later, he returned to Hollywood for work (he is a record producer) he did indeed ask her out.

They eventually fell in love and things flourished. Cash ended up moving to Nashville after several months of a long-distance relationship. They married in 2016 and had a baby about a year later.

Since becoming Ana Cristina Cash, she has released, The Tough Love EP, a fusion of Country, Americana, and Rockabilly, and a full-length classic Christmas album titled My Christmas Collection.

With a little help from her husband, John Carter Cash, the two sing a heartwarming duet of “Baby It’s Cold Outside” while also penning an original tune called “Santa Claus is Real.” The album also includes classics such as: “O Holy Night,” “White Christmas,” and a breathtaking bilingual version of “Silent Night.”

The song “Broken Roses” was released on World Mental Health Day (October 10, 2019) and tells a heartbreaking story of the trials and tribulations that go along with loving another who struggles with mental health and/or substance abuse.

Released in April of 2020, Shine displays an array of musical influences including folk, jazz, and blues, fused with a country background. Ana wrote or co-wrote every song on the 14-track album, aside from her two renditions of “Dream” by Roy Orbison and “Seminole Wind” by John Anderson. A special co-write on the release was “Brand New Pair of Shoes,” as it is a co-write between her and her father-in-law, Johnny Cash.

All songs since her marriage to John were recorded at the historic Cash Cabin Studio in Hendersonville, Tennessee.

Johnny Cash originally built the cabin as a place where he could get away and write music. It was a space to be creative. John Carter Cash added the recording studio in the early 2000s.

“When I record songs there, I feel warmth, like a home. It’s not a sterile studio. It’s amazing to note the talent that has walked out of there,” Cash surmises.

Her latest single, “Mele Kalikimaka” was also recorded at the cabin and was released for the 2020 Christmas season. Her goal is to transport her listeners and herself to a place of sunshine and joy during a cold, stuffy winter season.

Married or not, she enjoys working with Carter-Cash in the studio because he a respected producer with a great track record. “He is quick to tell me if something is not working, in a polite way,” she muses.

Ana Cristina Cash has been a gifted artist since she was just a young child. With her soaring vocals and unstoppable energy, she has been adored by the Latino population for many years. Now, with the talented musical producer, John Carter Cash, at her side, she has the perfect vehicle for the rest of the world to learn and listen to the exceptional songstress who has no boundaries.