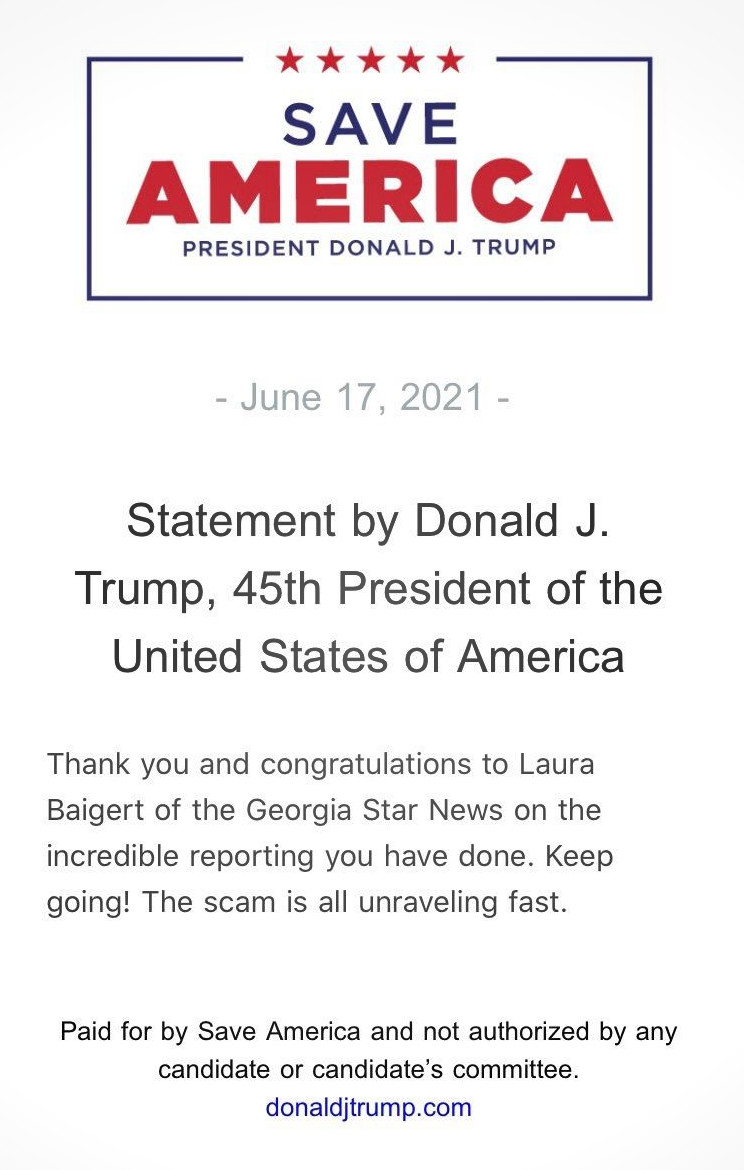 “Thank you and congratulations to Laura Baigert of the Georgia Star News on the incredible reporting you have done. Keep going! The scam is all unraveling fast!” President Trump said of her reporting.

Recently, Baigert has been investigating the process of the November 2020 election throughout the state of Georgia. She has uncovered several concerning actions relating the handling of absentee ballots, specifically in Fulton County — a population center of Georgia.

According to her reporting, several months after the November 2020 election and after failing on two occasions to produce a complete chain of custody documents for absentee ballot drop boxes, the Fulton County Registration and an Elections official said that they “needed more time” to produce the documents.

Due to her efforts in uncovering the questionable actions, a Fulton County election official told The Star News that “a few forms are missing” and that “some procedural paperwork may have been misplaced.”

Many officials have demonstrated concerns over the security of the election in Georgia and other states. President Trump has repeatedly encouraged Republicans to enhance election security measures.

The concerns across the state inspired officials in Georgia to pass new election laws, meant to strengthen the integrity of the election process.