MAPLEWOOD, Minnesota – Over 250 protesters showed up at the first of several Stop The Mandate protests at St. John’s Hospital in Maplewood, Minnesota. St. John’s is part of the M Health Fairview network, which mandated COVID vaccines for its employees last week. M Health Fairview is requiring employees, volunteers, students, vendors, and all contracted staff to be fully vaccinated against COVID by October 31.

A St. John’s Hospital nurse, who wished to remain anonymous, said she was there protesting because she doesn’t believe “anybody has the right to tell me what to put in my body.”

She shared her belief that “they’re going to come for the general public next.” She also encouraged people to stand up and go to the hospitals because she said that the nurses and doctors need the support of the public. Several other nurses could be seen in scrubs at the event.

Protesters began gathering before the 10 a.m. on Saturday, but it quickly grew to a large crowd that was standing on all sides of the street at the intersection of Hazelwood Street and Beam Avenue in Maplewood. 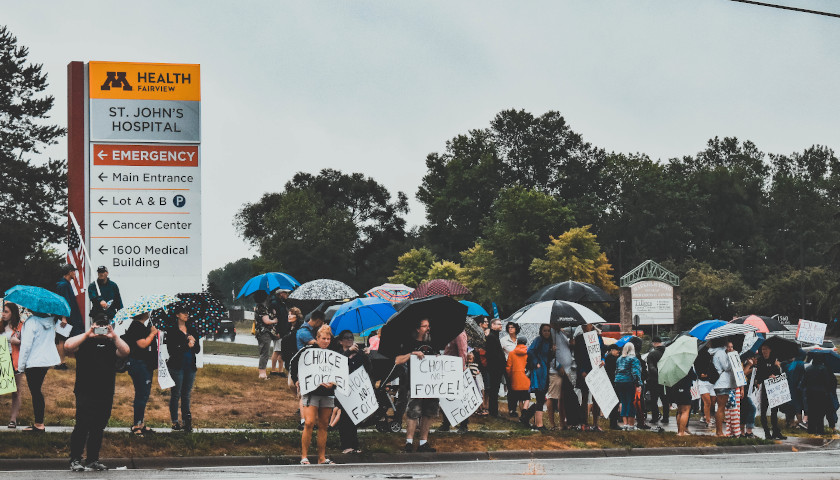 Protesters erupted into cheers as passers-by honked their horns in support. Every time ambulances drove to and from the hospital, protesters waved and shouted their thanks, applauding and making noise. 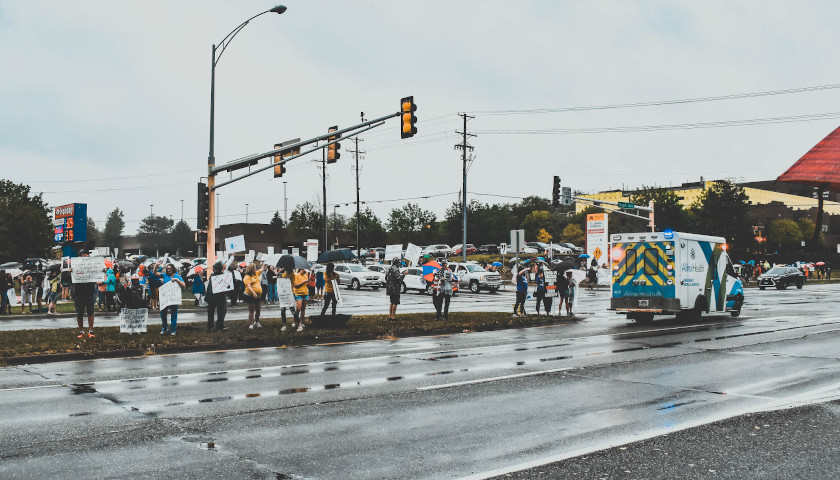 Various signs had statements such as, “What pharmaceutical will be mandated next?” and “My body does not belong to my employer.” Other signs stated “NO mandatory vaccines” and “The poke is a joke.” 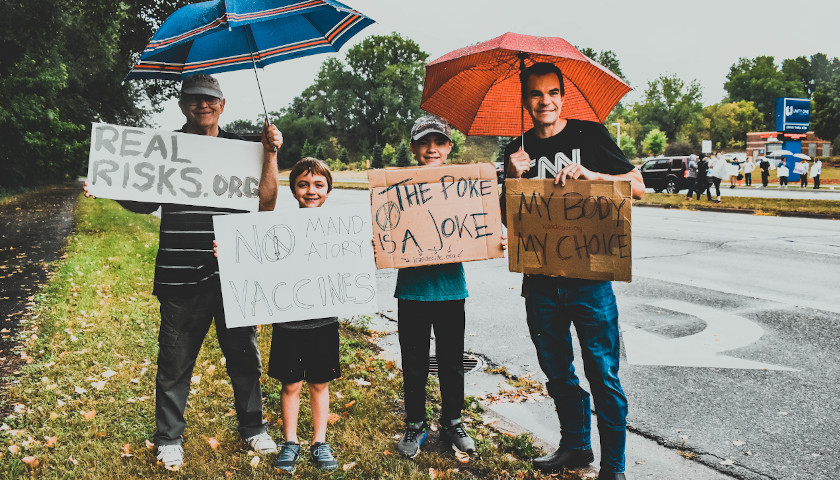 The protest lasted for about two hours, with minimal to no pushback from those opposed to the message. At some points, the noise of the car horns honking in support was deafening. A megaphone was also passed through the crowd and one woman led the group in cheers of “FREEDOM.” 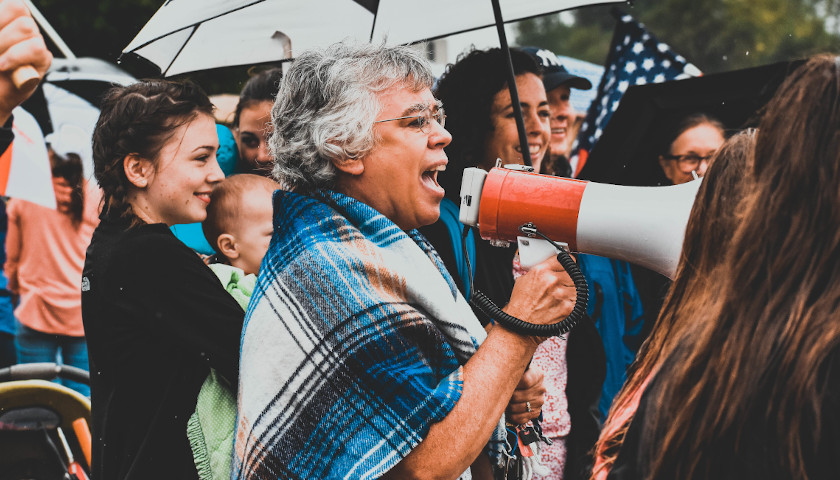 A larger protest against the mandating of COVID vaccines is taking place on August 28 at the Minnesota State Capitol, as reported by The Sun.

Hayley Tschetter is a reporter with The Minnesota Sun | Star News Network. She graduated with a degree in Communications from the University of Northwestern-St. Paul. Send news tips to [email protected]