A high school in Zimmerman, Minnesota threatened students with suspension who participated in a walkout opposing the sexual abuse of students. Sarah Ronchak, with Open Schools USA, told The Minnesota Sun that the perpetrator of an alleged sexual assault was allowed back into the classroom during his trial. Two girls that he allegedly abused now have to see him in the hallways every day. Ronchak said that students who were participating in the walkout had been threatened with suspension. 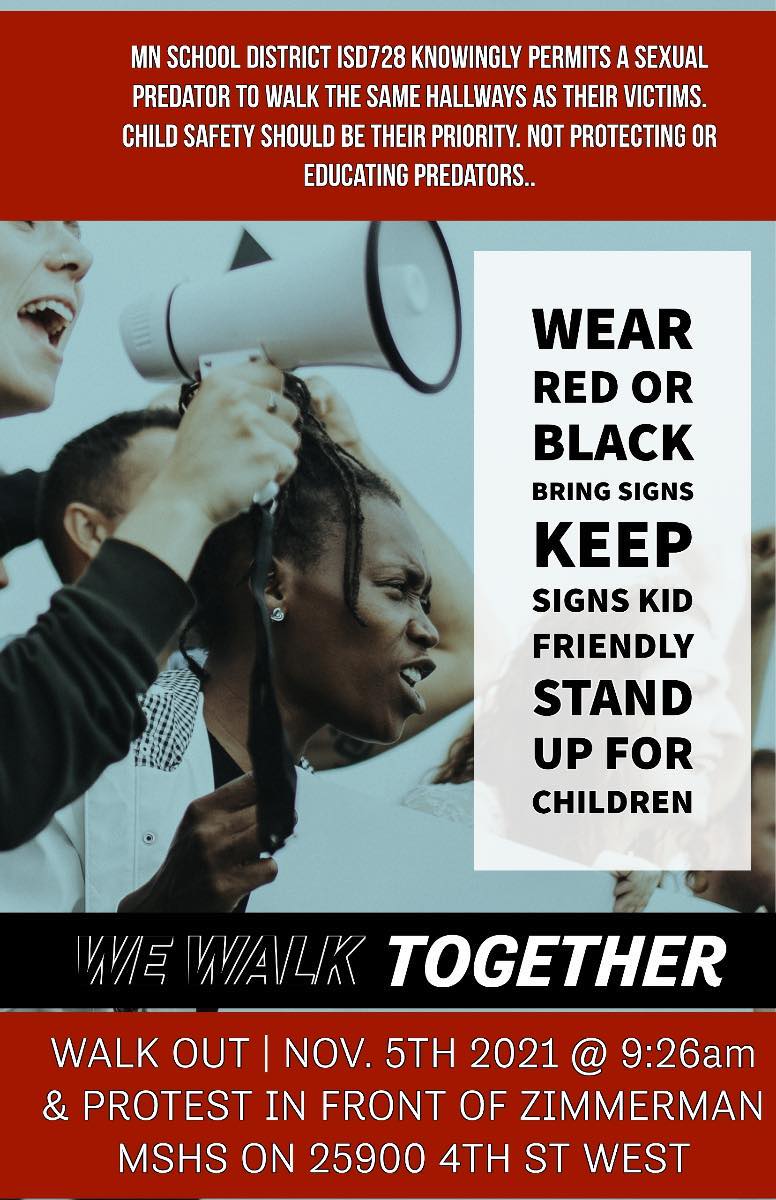 Students at Zimmerman Middle School High School organized a walkout to take place on Friday, November 5 at 9:26 a.m. to protest the school’s response, or lack thereof, to the issue.

An email from Zimmerman High School Principal Marco Voce said that “this particular walkout, unlike those held previously, would violate numerous district policies, as well as state and federal laws.”

Some of the protesters at the walkout suggested having the boy attend classes remotely, rather than allowing him back on school grounds. According to Ronchak, the mother of the boy accused of sexually assaulting his classmates is an employee of the Rogers School District. 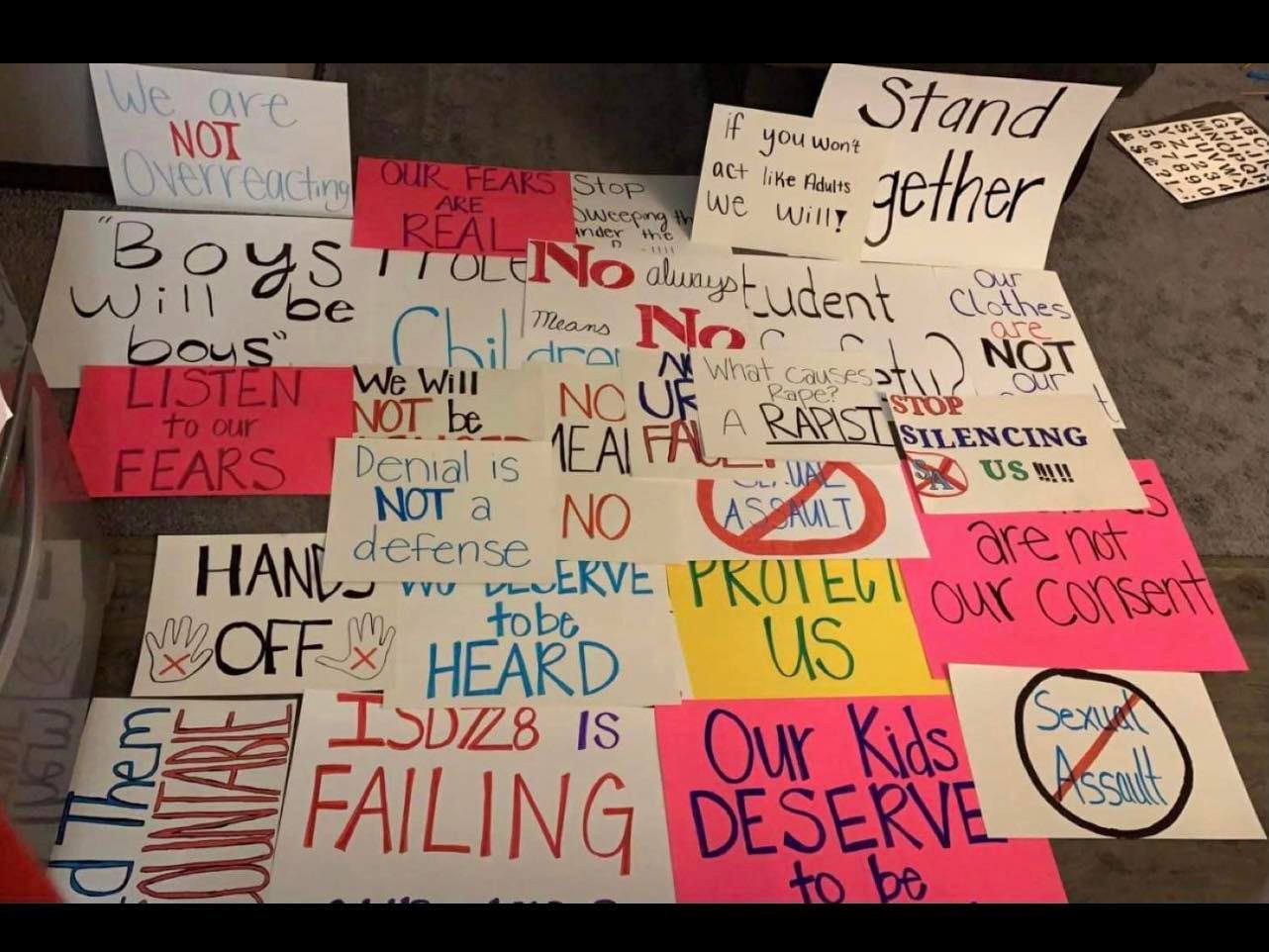 A notice to parents of Zimmerman High School students that was shared with The Sun said the boy was accused of “sexual assault, kidnapping, and false imprisonment” of two other students. According to the notice, the boy has charges pending, but his next court hearing is in December. The notice said last week, the presiding judge ruled that the boy should go back to school because “he deserves an education too.” 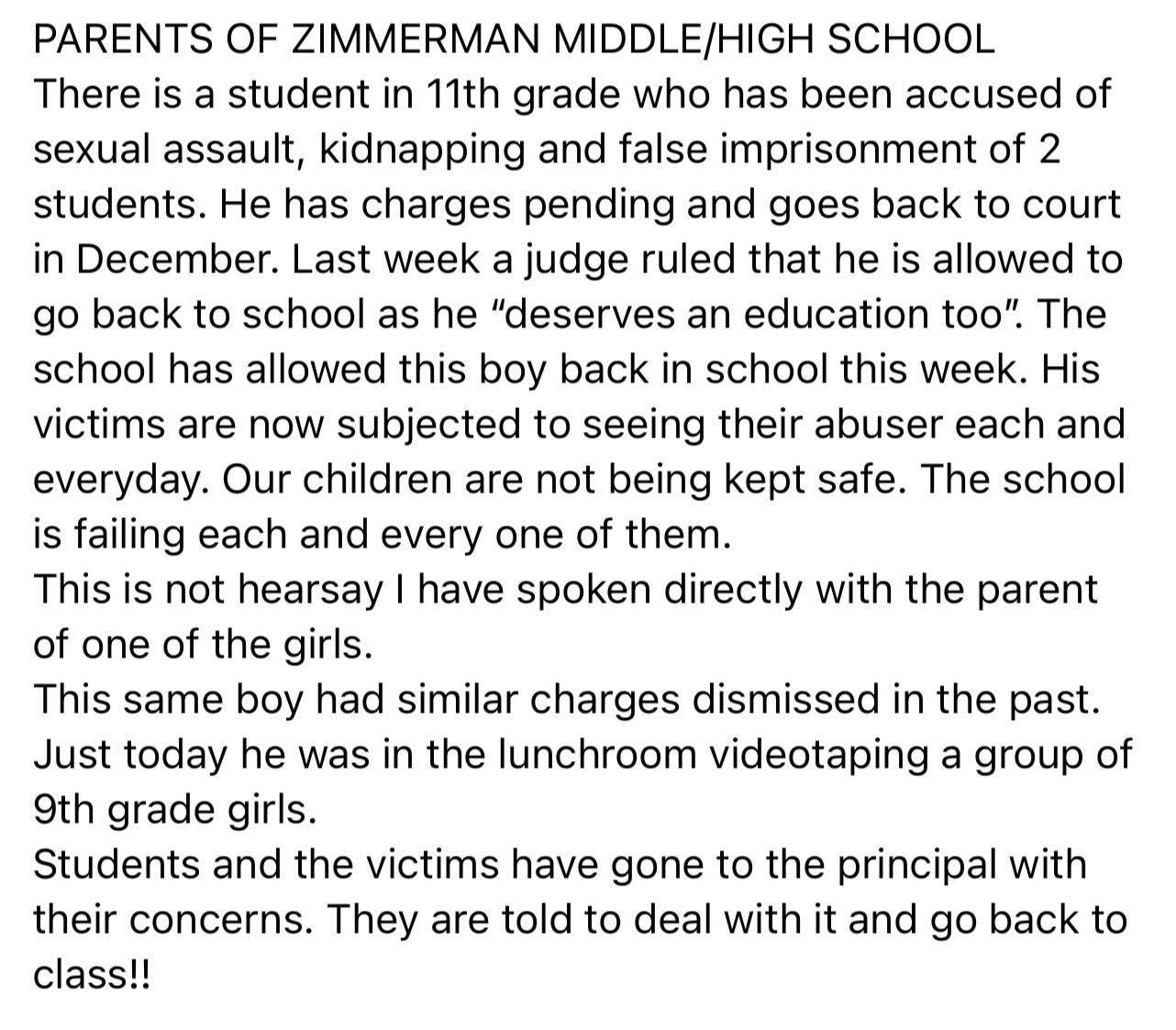 A press release from Open Schools USA said, “The systems in place have failed to protect the alleged victims and give them a place in public schools where they feel safe.” Ronchak shared with The Sun that according to one of the victim’s mothers, the school, while aware of the court case and allegations, has done nothing in response. 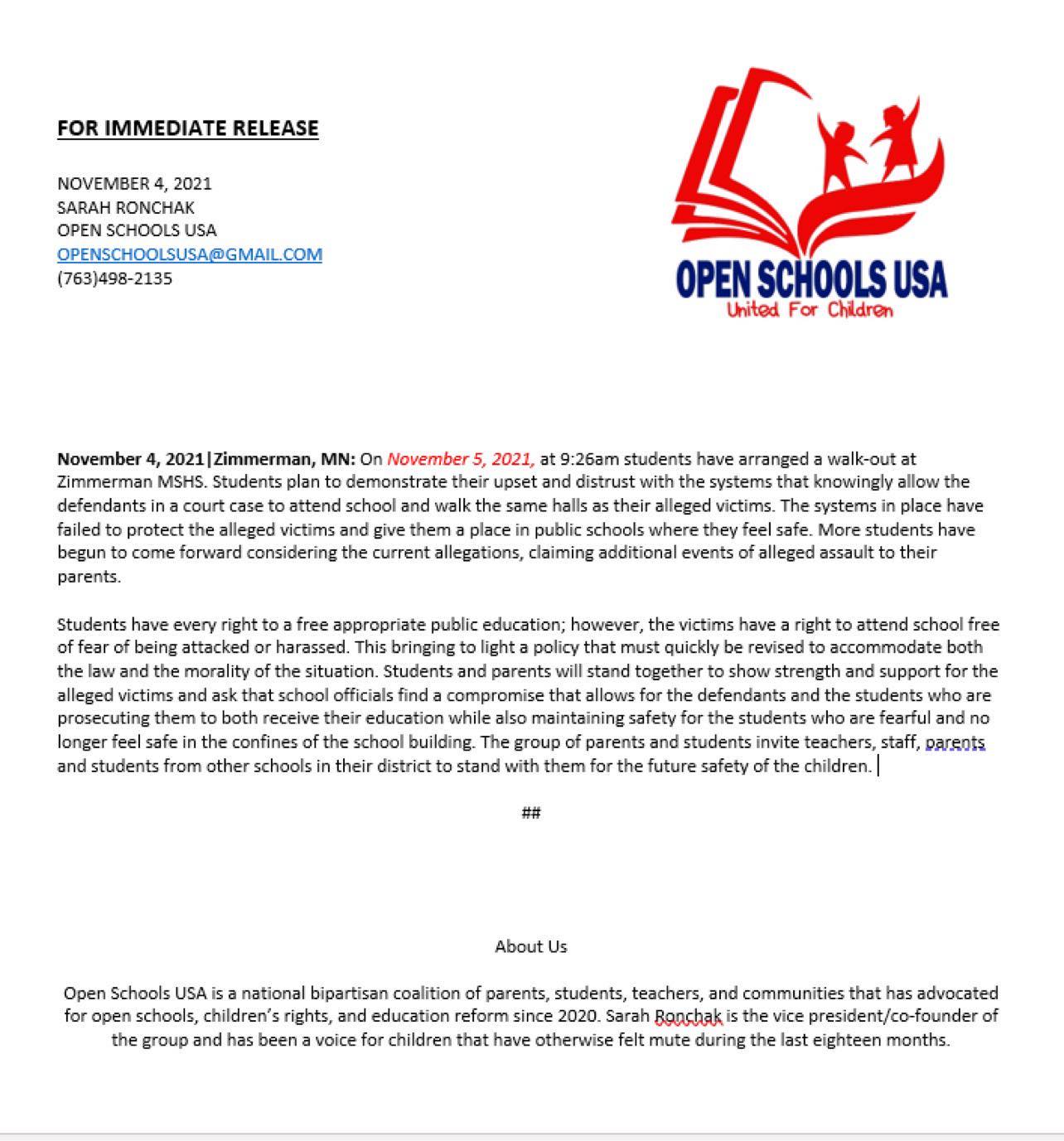 A Facebook comment from a Zimmerman parent shared that one of their foster daughters was also allegedly assaulted by the boy earlier in the week after his return to school while they were in class in front of a teacher. 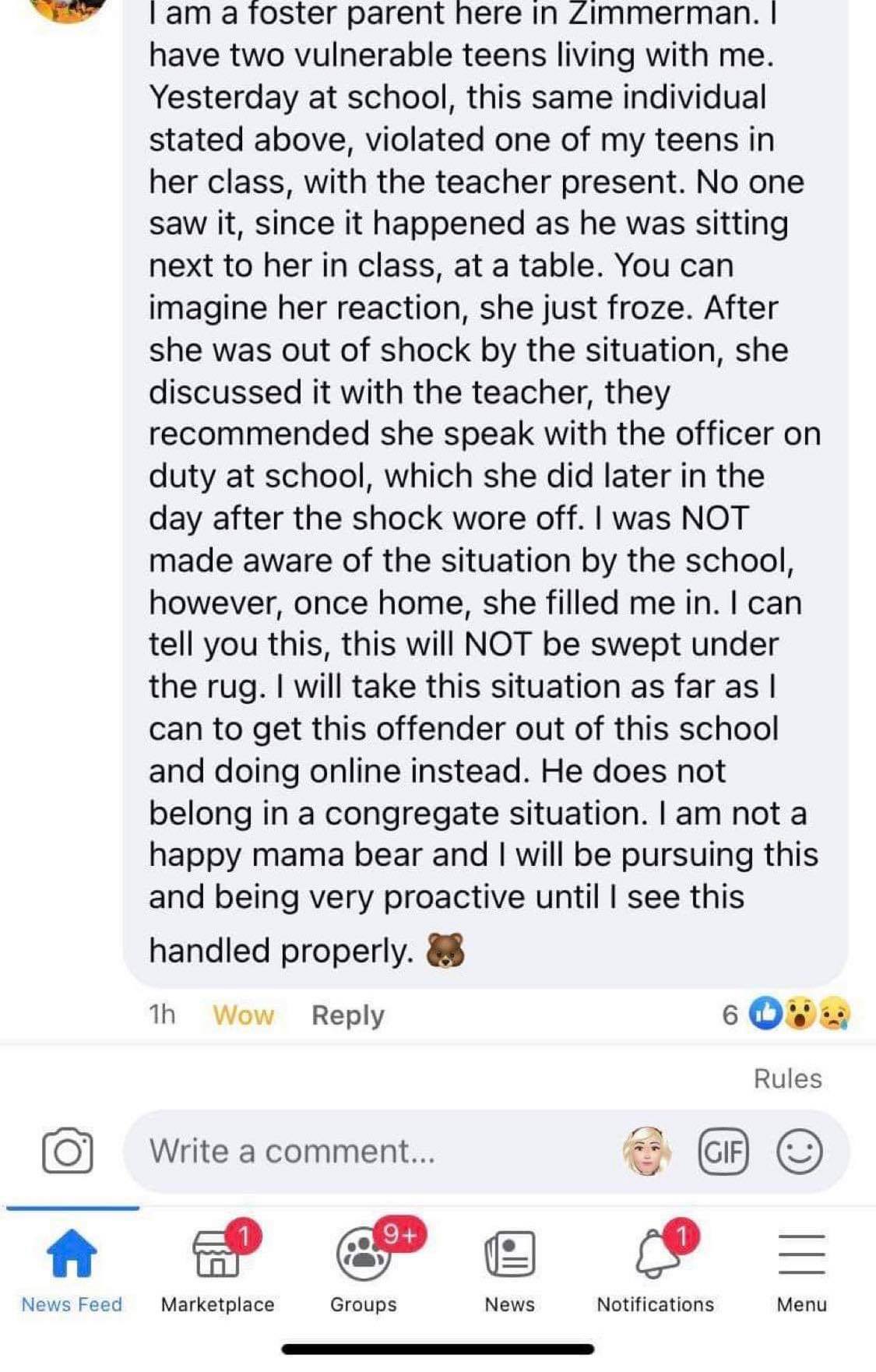 The situation is still developing and Ronchak expects it to be brought up at the upcoming school board meeting on Monday night. Ronchak told The Sun that more abuse allegations have been coming out as the situation continues.