NASHVILLE, Tennessee – Julia Cole got her start performing the Star-Spangled Banner before her own high-school volleyball games, and was soon performing for NFL, MLB, MLS, NASCAR, and ESPN events before crowds of 75,000. And as extraordinary as this might sound, she is not the first Music Spotlight artist I have featured to do this. (Alannah McCready sang the National Anthem before her hockey games.)

She informs, “I’ve sung the National Anthem so many times, hundreds of times in high school, for my teams and other teams, it just got to be a song that I was so rehearsed in that when I perform it, I don’t even really think about it. I get way more nervous performing a brand new song that I wrote for the first time.” 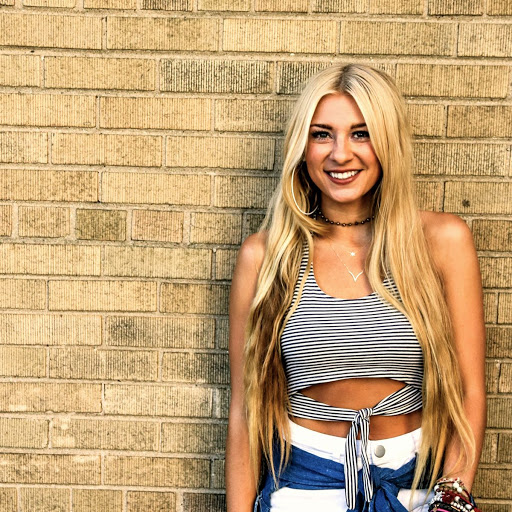 Both of Cole’s parents were musical. Her mother had her and her siblings taking piano lessons at age five. And though she often begged her mother to quit the lessons, in the long run, she is glad she stuck with it. Because she had a musical background, she not only could play classical music, she learned to play the pop songs she heard on the radio.

“It makes picking up other instruments (like the guitar) a lot easier,” she confesses.

Everyone in Cole’s family could sing and she remembers her parents loving the rock group, Journey.

“The first concert I ever went to was Journey and I grew up singing along to Steve Perry.”

She continued, “I think I always had an affinity toward vocalists. It wasn’t a genre to me. It was anyone who could sing.”

Gary LeVox of Rascal Flatts, Carrie Underwood, Kelly Clarkston, Whitney Houston, and Mariah Carey are just some of the artists who inspired the Texas native.

“I just loved singing along with those kinds of vocally difficult songs. It was a fun challenge to belt out and see if you can do the runs,” she recalls.

Although Cole loved sports and volleyball, she realized that there was not a huge opportunity to be financially independent as a female pro-athlete.

“There are many fewer women who make a livable amount on their professional athletics than men do in their athletics. That is one of the things I’m extremely passionate about and active towards in making a change.’

The now country artist is a part of different women’s sports committees and foundations and clubs to raise money and advocate for change in women’s professional sports. 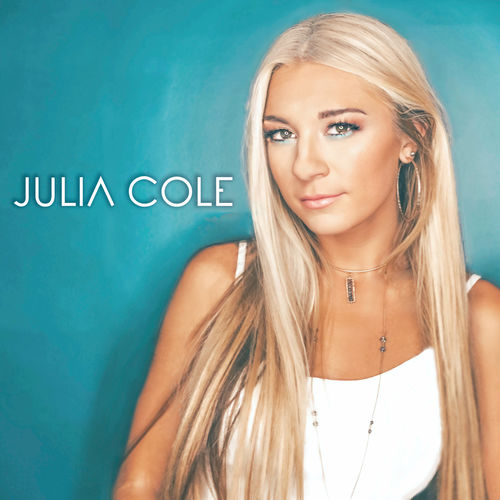 Knowing that athletics would not be the way she earned a living, Cole initially wanted to go to college and study creative writing and write novels or become a journalist. This was before she learned that songwriting was a thing. At the same time, while Cole was still in high school, she entered several singing contests which she won and she got the same advice from everyone: ”You need to move to Nashville.”

She already had Vanderbilt on her radar for Creative Writing and although she ultimately studied Entrepreneurship and Corporate Strategy, she moved to Nashville right after high school.

“It all just fell into place. I got to come to Nashville, be in school, and Vanderbilt is literally located on Music Row.”

The singer interned in publishing houses and artist management companies where everything came together.

In 2021, Cole put out more music in one year than anyone else I have ever interviewed.  She credits her producer, Josh Ronan, and music engineer, Aaron Chmielewski, and various talented instrumentalists.

She has decided to create as much music as possible, put it out there, and let people decide what they are going to resonate with and share, and love.

To date, the most popular song she has released is the song, “Side Piece.” It is the perfect song for anyone who has ever been cheated on. The song has garnered millions of streams on various platforms and is a song to which many can relate.

One of the fascinating songs she has released is one called (I Don’t) “Trust You.” In the video, she has a girl “singing” the song with her via sign language. She was tagged in a video of a girl, Kylie, who performed the song using sign language.”

She recalls, “I was so moved by it because I had never had anyone send me a video of them even singing my songs. She learned to sign the chorus.”

Cole was so touched that she DM’d Kylie to do a real video for the song and it was put on CMT. With this video, the singer/songwriter was able to raise awareness for the deaf and hard of hearing community and to help make music more accessible for them.

The musician also has done several duets including Things I Can’t Say with Spencer Crandall.

She expounds, “It’s a very real song about a person being afraid to say ‘I love you’ too soon.”

Crandall put it out and they were surprised at how quickly the song blew up. It has had over 14 million streams on Spotify alone.

My favorite song of Cole’s is a fun, tongue-in-cheek song, “Wine Country” that she sings with Thomas Mac whom she states is “hilarious.” It’s an amusing song for those of us who enjoy a little (or a lot) of wine. She admits, “Honestly, it’s probably one of the most fun songs I’ve ever done.”

Her personal favorite song is “White Pearls” written about her grandmother and her mother. The song is very sentimental and even though it may not be the most popular with fans, it means the most to her.

“At concerts, this is the song that makes people cry,” she expresses.

The singer/songwriter has also been active with the Song Suffragettes and sings with them when she can. She shares my vision to support females in the music industry.

Cole has a new song coming out on January 21st, called “Phoenix.” She wrote the song three years ago about a previous relationship that she knew she shouldn’t be in.

She explains, “The concept of Phoenix is being thankful for that 2000 miles of distance between us because it means I just can’t come over to your house. It was like God was keeping me from that bad relationship.”

This song will be relatable to others because there are so many reasons why two people often shouldn’t be together.

If everything goes as planned, she will be touring this spring and summer.

Julia Cole is truly one of the most prolific singer/songwriters I have ever interviewed. From her many covers to original songs like “Honey Child” and “Get Gone,” the full range of her artistry is on display. If you follow her on her socials, you will be drawn to her effervescent personality.

She states, “I make music to make people feel empowered, included, and understood as country music has always done for me. Music really serves a bigger purpose than just being something to move along to. It is truly a community. I never understood how much impact an artist could have on someone’s life. The stories I’ve gotten from people is the reassurance I need to keep doing this.”

With her innate songwriting ability, Cole has the skills to write lyrics and music that express what so many are feeling and experiencing. And with her unique urban-country charisma, the songstress provides a little something for everyone. Fans of all genres from varying age groups will applaud her music.