After previously being featured in a Music Spotlight column, Australian singer/songwriter Jasmin Bade released her new single, “Rent,” and its accompanying lyric video today with The Tennessee Star and The Star News Network. “Rent” provides a bittersweet twist on the struggle to move on from a past relationship. Bade co-wrote the song with Emily Kroll, who penned the No. 1 hit “Just About Over You” by Priscilla Block, and Brian McKenna, son of Nashville songwriting legend Lori McKenna. 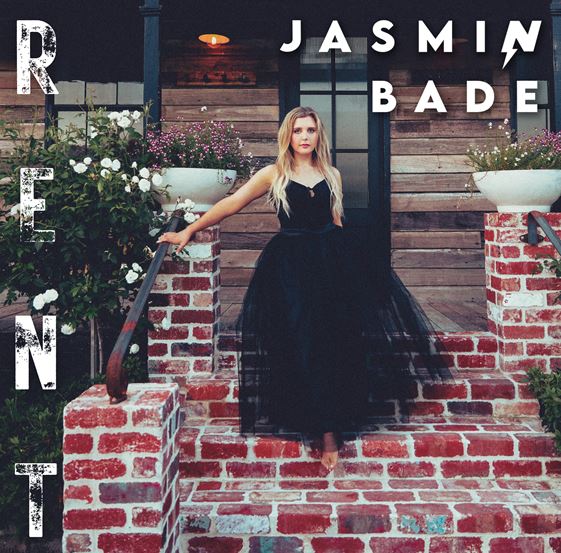 Bade wrote “Rent” shortly after our initial interview in August of 2021.

“I think everyone has had someone in their life that takes up too much space in their mind. I had this ex that I just couldn’t stop thinking about. No matter what I did, no matter how much distance between us, he was just living in my head,” she said. “I literally flew back to Australia for a while to try and get him out of my mind, thinking that if I was away from the city that I thought was ‘our’ city, then he’d be gone. But unfortunately, if someone’s ‘playing house’ with your head, they’ll follow you wherever you go. I figured I’d better write a song about it!”

She added, “As soon as we wrote this, I said, ‘I need to put this out.’ I was in love with [the song]. It doesn’t happen very often but when it does, I have to do something with it.”

The song was about someone from a while back in her past, but at the time she wasn’t ready to write about it, as the pain was too new and she felt too close to the situation to put words to her feelings. But last fall she was ready. She laid down a vocal track, she said, before she went back home during winter break.

While she was in Australia, renowned producer Maks Gabriel put the background to the song, and now, “Rent” is ready to present to the world. The song is as much for guys as it is for girls, because anyone can get someone stuck in their head when they really should be moving on.

An advocate for mental health, Bade released her debut single, “I’m Fine,” in 2019. The single reached radio play in over 50 countries and landed on key Spotify playlists such as New Music Nashville. In August of 2021, The Tennessee Star premiered a first listen to her sophomore release, “X’s and Y’s.”

Bade is a regular performer on Broadway in Nashville and the many writers’ rounds, but in 2022, she hopes to be putting out “quite a lot of music” and to tour when possible.