When I heard “Growing Old with You” by Restless Road on the radio, I was not familiar with the group, but their song really resonated with me. When I was given the chance to feature them in my column, I jumped at it.

Restless Road is comprised of Zach Beeken, Garrett Nichols, and Colton Pack, who did not grow up together and are actually from three different states. Beeken is from Iowa, Nichols is from Alabama, and Pack is from West Virginia. Almost nine years ago, Pack and Beeken were on a show called The X Factor. (Original third member Andrew Scholz would eventually be replaced by Nichols.) They started the band on that TV show. They met Kane Brown on that show as well.

States Beeken, “He was meant to be the fourth person in our band, but Kane wanted to go on his own journey, so he didn’t join the group.” They continued without him and won 4th place that season. 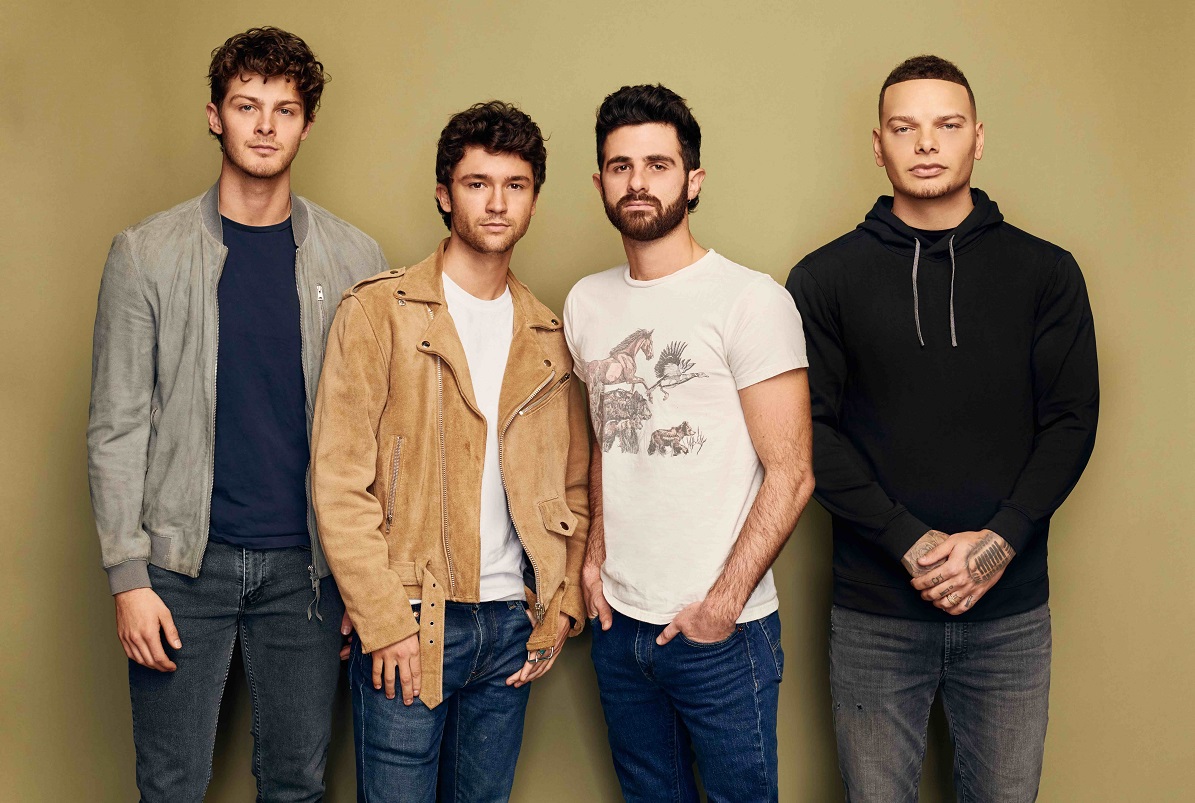 After the show, Pack took some time to go back to West Virginia. There, he met the woman who became his wife, and they started a family. They needed a new member and, in 2015, they found some videos that Nichols had done and decided that he would be a good fit for the band.

There have been several ups and downs. They had different record deals and managers. In 2019, they decided to give the band a break for a bit as they were figuring out where they wanted to go with it.

By this time their X Factor pal Kane Brown was well on his way to becoming a major country music star. It was at that point that Pack returned to the group and reached out to Nichols and Beeken. Brown was interested in working with a new artist, so they got the band back together.

“That was the summer of 2019. It all happened very quickly,” reports Beeken.

Back in 2013, nobody knew that Kane Brown would turn into the superstar that he is today.

Confirms Pack, “It can happen at the strangest times, but it happens when it’s supposed to. We’re lucky that Kane remembered us after all those years and that we stayed in touch.”

Since then, Restless Road has been working with Brown, an RCA Nashville/Zone 4 artist who was beginning to develop new acts under his own label imprint, and he offered them a record deal. Not only that, they have one of the best in business, Dann Huff, producing their music. 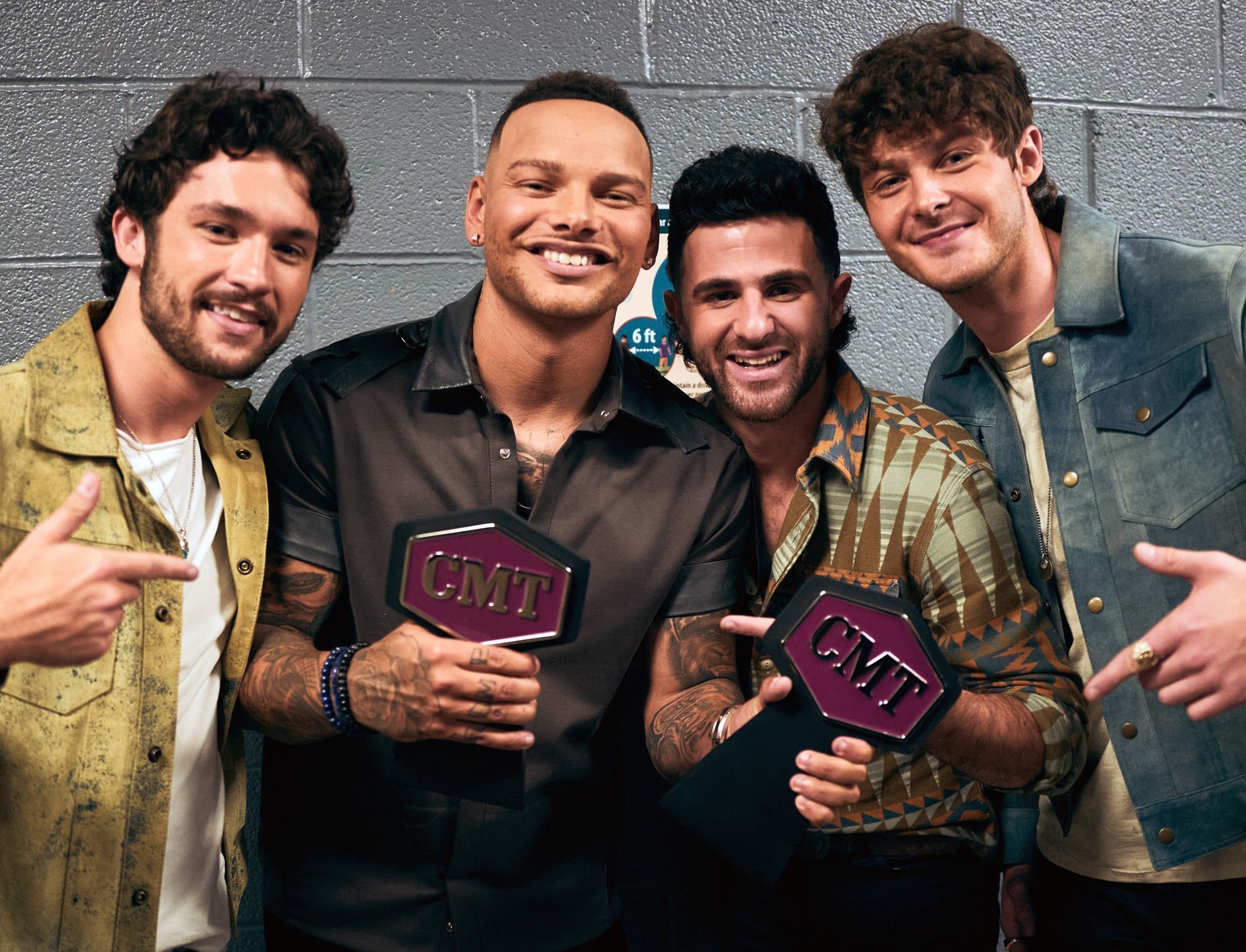 “We’ve been blessed to work with an amazing team and to have the right people around us to get this thing moving,” the band exclaims.

On January 6, 2020, Brown invited Restless Road onstage during his sold-out Staples Center concert to premiere their collaboration, “Take Me Home” a track inspired by John Denver’s “Take Me Home, Country Roads.” Brown and Restless Road released the song and its music video in February 2020. It later peaked at No. 7 on Billboard‘s Digital Song Sales chart.

When Kane Brown sang with Restless Road on “Take Me Home,” it was the band originally envisioned in 2013.

“That’s what made it such a full-circle moment for us, getting to sign with Kane and getting to work with him is cool. But getting to have him sing with us after all those years made it really special,” confirms Pack.

In addition to their record deal, the trio also has a publishing deal. And while they mainly write for themselves, they are willing to pitch their songs to other artists if the fit is good. They have written songs for Rascal Flatts, Granger Smith, and David James. But their smash hit “Growing Old with You” was written by Lady A’s Charles Kelley.

“As soon as we heard the song, we knew that we had to cut it. No matter your age, or whether you’re married or single or dating someone, it can resonate with you because everyone longs to have that person who they want to grow old with,” they expound.

They sent the song over to Sirius XM The Highway and it connected with them as well.

“We were fortunate enough that they took a chance on it and put it out there. It was [recently] number 22 on the countdown and keeps climbing. We are really blessed that it keeps resonating with people all around the world.” says Nichols.

Not only that, the song was recently featured on ABC’s The Bachelor. 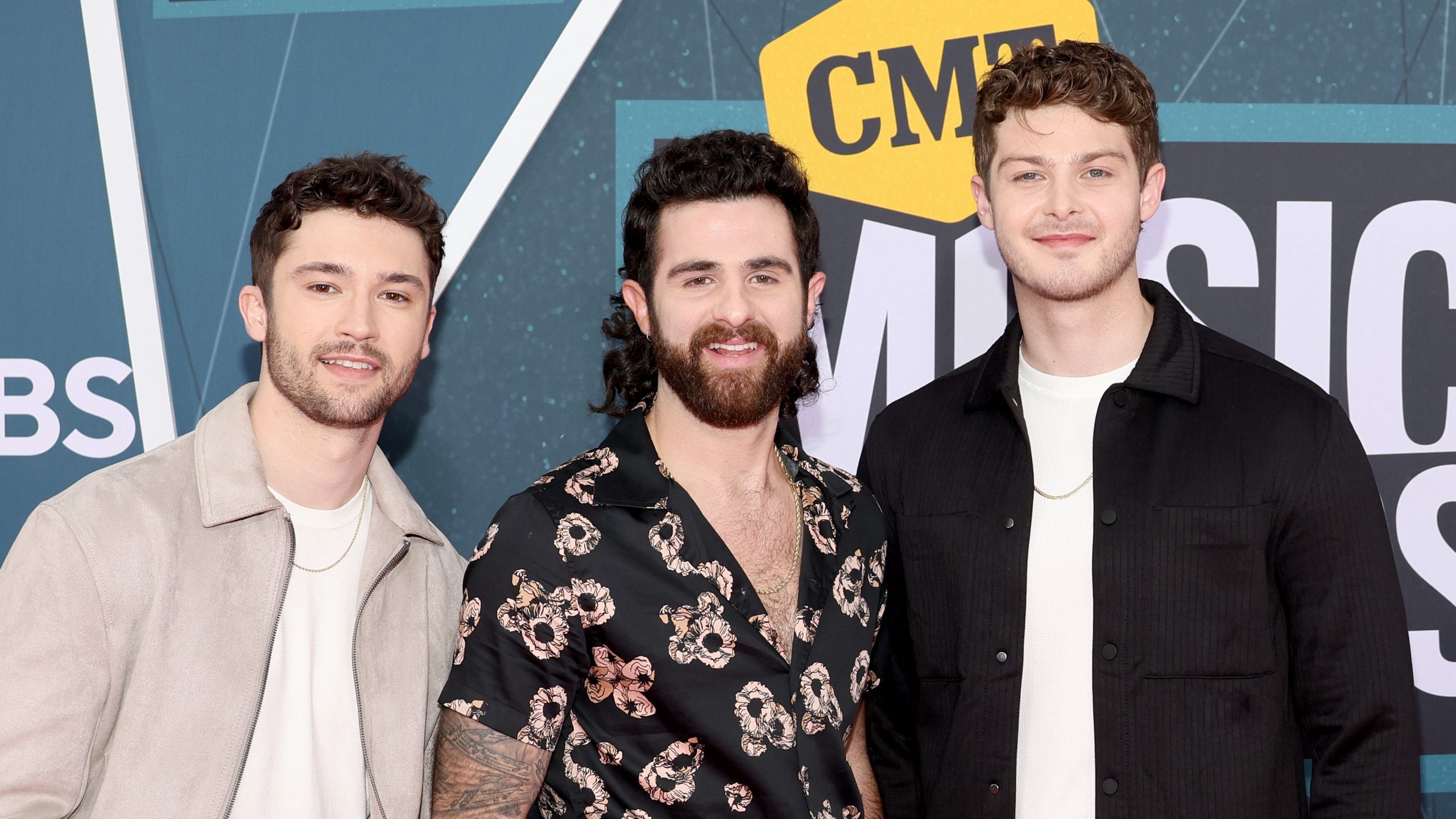 Beeken reiterates, “The song itself is incredible and The Bachelor just put another spotlight on an already great song.”

As they are riding the wave of success from “Growing Old with You,” the band has been writing and recording new music as they perform on their first headlining “Bar Friends” Tour. They sold out dates across the country including Nashville and Philadelphia. They will be supported by artists Shelby Darrall as well as Kat & Alex.

Restless Road have also opened for Kane Brown’s Worldwide Beautiful and Blessed & Free Tour including a sold-out show in Brown’s hometown of Chattanooga. They will also be part of his Drunk or Dreaming Tour.

Featured in Billboard, CMT’s Off the Road and EXTRA, Restless Road has evoked critical praise and was named “one of the most intriguing and exciting acts of the year.”

I couldn’t agree more. If the band keeps putting out music that connects with fans like their previous releases, Restless Road will soon be a household name.