NASHVILLE, Tennessee – A lot of people, myself included, are trying to wrap their heads around Non-Fungible Tokens (NFTs) and exactly how they work. When I got asked to interview a country artist, Sammy Arriaga, who was successfully using NFTs in promoting his music, I was interested.

Sammy Arriaga is a Miami-born Cuban American. While his father occasionally sang and played guitar, he discovered his love for music on his own. He has been writing lyrics and downloading instrumentals from the internet since his early teens. He taught himself how to play guitar by watching YouTube videos. 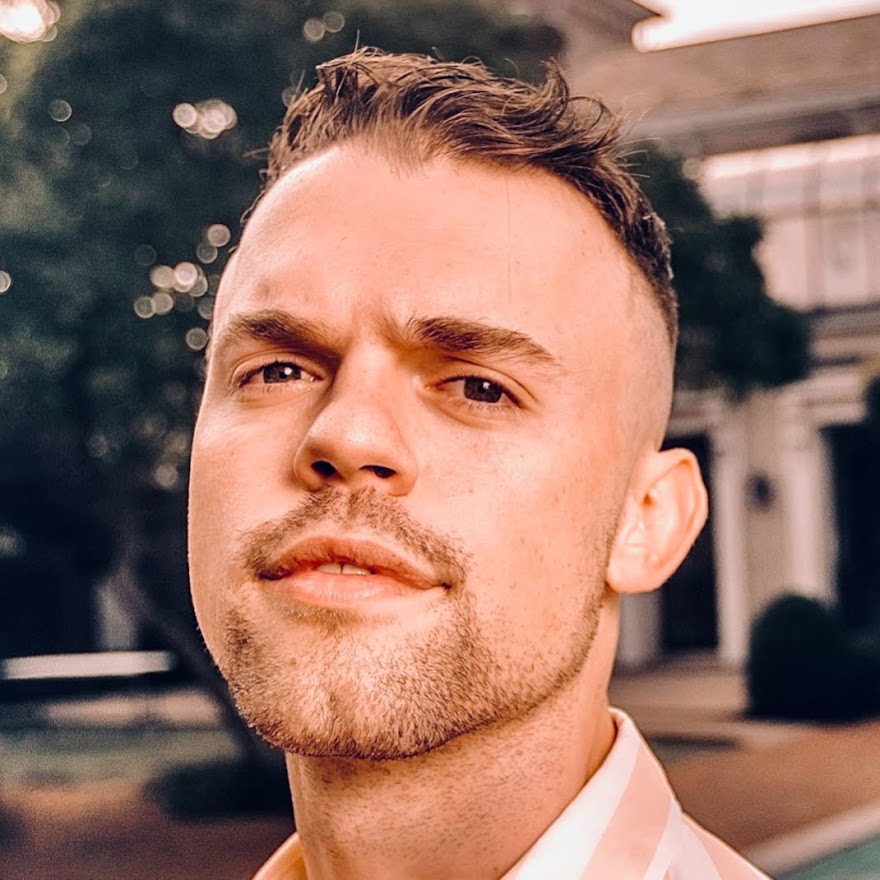 “It wasn’t until I got to high school that I knew that music was my calling,” he reported.

IN 2011, at age 18, Arriaga tried out for American Idol and made it to the Hollywood round before settling in Nashville to pursue his country music career. As he explains, After American Idol, he enrolled in college in Winter Park, Florida. He was there for about 4 months when he realized that college wasn’t for him.

“I packed my car and made the crazy move to Nashville,” he confessed.

Arriaga knew a few songwriters already that he had met via Facebook, so he gave them the heads up that he was there. He met with these like-minded friends, and they made some introductions for him that pointed the singer/songwriter in the right direction.

He remembered, “That was enough for me to take the reins from there and write with everyone that I possibly could. It was five years of writing songs and singing at every bar that I could get on stage at.”

Initially, he wrote songs to showcase his own talents, but as he got deeper into the co-writing culture, he realized that sometimes their songwriting ideas would be better suited for another artist.

And while I prefer the “countrier” versions of modern country music, Arriaga is proud to include parts of his Cuban/Latino upbringing in his music as well.

His twangy song, “Country Side” is right up my alley. But his songs “On God” which is about discovering true love and “Cold in Miami” which is about missing someone showcase the artist’s true songwriting abilities.  And “Something We Can Dance To” perfectly infuses his Latino roots into a country dance song.

His songs “Just Another (The Pickup Line Song), “I Fkd Up” and his personal favorite, “Take my Phone” are songs that the younger generation of pop-country fans naturally gravitate towards because they, too, are experiencing the same situations.

His latest single, “Metagirl” is the one he chose to promote with the NFT. He was in a chat room with a few of his buddies who regularly buy and use cryptocurrency.

He expounded, “They were like joking around and said, ’You should write us a song about crypto and NFTs.’” He agreed and went on Google to research the proper terminology. He married those words with his knowledge of melody and “Metagirl” was born. 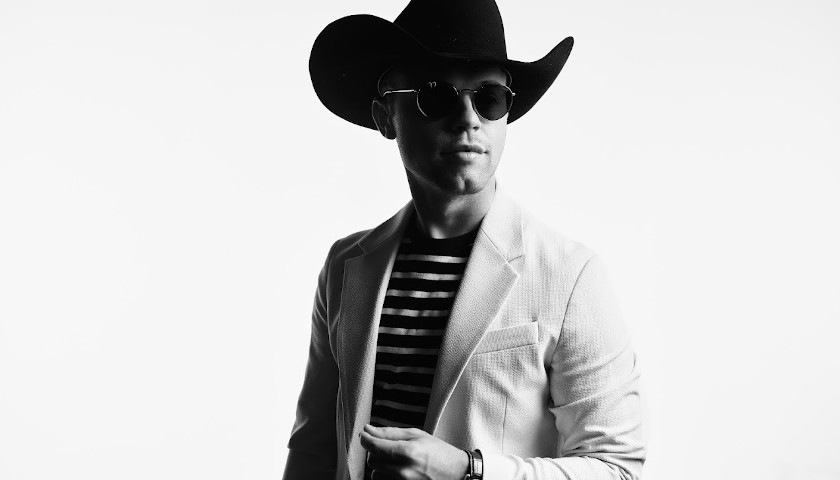 Once he sang the song live in the chat room, the group loved it and encouraged him to tokenize the song.

He learned that you can take any form of art, a photo, video, music, anything that can be shared digitally, and tokenize it on the blockchain. The blockchain is not something you can touch, but it is the life source of the internet.

Even traditional artists who draw on paper and paint on a canvas, can hyper-scan their work into a high-quality format and sell their scanned art as an NFT.

Arriaga said, “People have been able to crack the code and create their own software, images, and databases using the internet. The same way that you would sign up for something like Amazon Prime and get an email stating, you are now a member of Amazon Prime, that’s what I tell people an NFT is. It is a digital record that you are the sole owner of that digital asset, except it’s tokenized. It’s an actual jpeg.”

Arriaga embedded his song “Metagirl” into a 3D anatomical beating digital heart NFT. He did an acoustic cover for YouTube, but the fully produced version can be heard when you purchase the NFT. The song itself leans more town the hip-hop pop style and is a web3 love song about a metagirl in a blockchain metaverse. The lyrics perfectly fit the NFT delivery method of the cyberpunk song.

In today’s world, anyone can screenshot anything including the image of an NFT. But in the blockchain system or “glass digital storage,” it is recorded when you pay for an image proving that you own that asset. The person who made the screenshot has no record. Not only that, once you own an NFT, you can legally buy, sell or hold onto it indefinitely. It is not much different than buying and selling stock.

When NFTs are put out in the metaverse, only a limited number will be available for purchase. If you buy an NFT from a relatively unknown artist who eventually becomes super famous, you have the potential to make a huge profit.

“If a song goes crazy viral in web2, at that point the supply and demand for the web3 NFT would go up. It can work hand in hand,” he explained.

In Arriaga’s case, he sold over $250,000 worth of his first music NFTs, selling out his collection of 1500 Metagirl Digital Hearts in less than two months. The NFT itself serves as a key to a token gated experience that grants holders access to Arriaga’s exclusive recordings, merchandise, music videos, interviews, in-person performances, pre-sales for future projects, and more.

By cutting out the many middlemen in web2 art and music, “NFTs are bringing back value to art of all kinds and reigniting creators to pursue their passion without fear by allowing them to retain ownership. We’re so early in this space that it feels like we’re in a renaissance,” said Arriaga. “I’m humbled to be an early adopter.”

Now that the Metagirl NFT has sold out, they are considering releasing the song to the streaming services to help drive the value of the original NFT and provide access to the song to a wider audience.

Arriaga has plans to release future music via NFTs. He is looking for “that perfect marriage between still doing what I am doing on TikTok, Spotify, and Instagram but at the same time have a digital asset that can allow my fans to grow as I grow in my music journey.”

After his first experience with NFTs, he has learned that there has to be a balance between streaming and tokenization.

What I was most impressed is that his friends who are investors in cryptocurrency encouraged him to write the song. Because of his ability, skill, and cleverness, he was able to write a perfect song and pitch it in the new, cutting-edge format to an eager fan base.

He continues to play and sing locally but is working on his next crypto collection with a new unreleased song called “Pixelated” which also leans on the theme of web3 love.

He explained, “It’s going have a whole collection of profile pictures of randomized images with music attached to it. However, this time, the song will be produced in 15 different versions. There will be an original version of the song with 14 other reimagined versions. They will be randomized throughout the collection. You won’t know which song or artwork you will get much like opening a pack of trading cards for the first time.”

He hopes the have the new song to fans by June of 2022 if all goes as planned.

The independent country singer is one of the first artists bringing web3 to the forefront of the Nashville music scene and is empowering other artists to explore the space as well.

Other country artists who have recently launched NFTs include Tyler Rich, Parker McCollum, and Michael Ray.

Arriaga owns all of his music and has innovated his career and established an engaged and loyal community through the power, creativity, and novelty of NFTs — and he empowers other artists to do the same

In conclusion, Arriaga stated, “The time for the independent artist is now. I don’t care if any label out there doesn’t think you have ‘star quality.’ No one should ever do this with the mentality of being signed or becoming famous,” stated the Miami-born singer. “Artist friends: We have no excuses now. We have all the assets we need to make this happen. Get to work, quit bitchin’ and share your art. You could be sitting on a goldmine and you don’t even know it. Thanks to the power of web3, we’re going to be able to amplify the music experience by bringing back the old school ‘Fan Club’ and sprinkling the future on it.”

I am so excited to follow his career as I think he is onto something that will be life-changing for artists everywhere.