As much as I may like an artist’s music, their story often intrigues me more. When I heard that Johnny Day recently left a job working in the Colorado oil fields to move to Nashville, I wanted to learn more.

Day got interested in music when his elementary school class went on a field trip to see an orchestra. As a child, he had never seen anything like it. 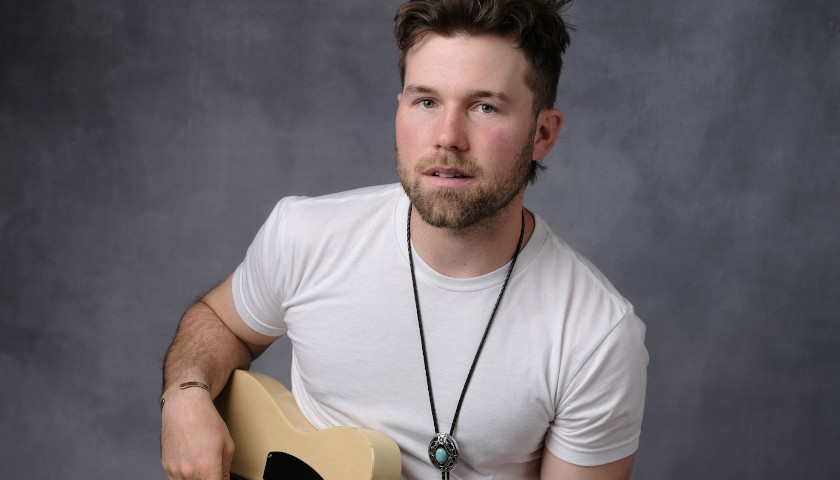 He recalls, “It was an orchestra, classical music. But from that moment on, all the goosebumps and crazy stuff just stuck in my blood. Music was a mystical thing. It was magic.”

Day’s dad was a truck driver and, when he was little, sometimes he would ride with him. He had a George Strait cassette which he played over and over again

“It was George Strait on repeat. He was a diehard fan,” Day remembers.

By the time he got to middle school, his friend’s older brother played guitar and he was really good. Day wanted to try that, so his mother got him a guitar.

At age 13, he started playing guitar in a classic rock band with guys who were much older than him.

“I cut my teeth [in music] playing with them. They were so gracious to let me, this little kid, sit in with them and teach me the ropes and show me what it’s like to play live,” he explains.

After that, he started gigging and playing guitar in three-hour shows.

Day didn’t get into country music until high school. He was awed by country star Brad Paisley, who was singing and playing lead guitar.

“I was junior in high school and I decided that was what I wanted to be doing.”

After high school graduation, he tried community college but knew instantly that it was not the path for him. 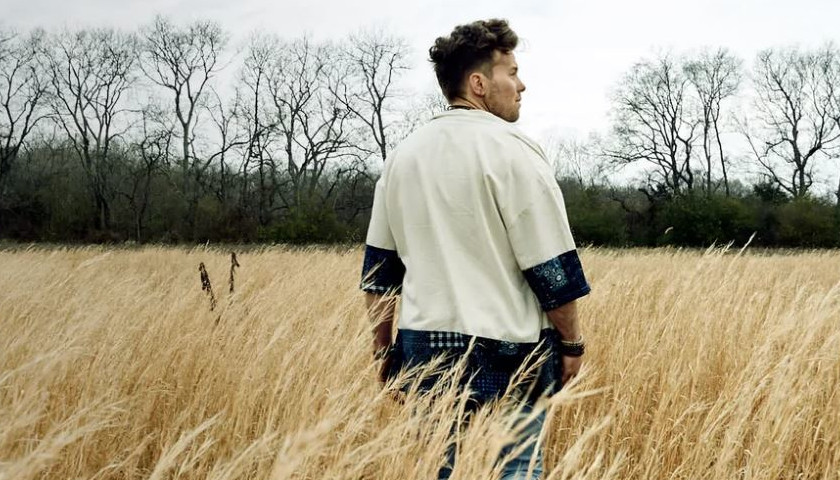 He started working in the oil fields so he could save enough to get a guitar like Paisley’s ‘64 vintage Telecaster and a custom Dr. Z Wreck amp.

After working non-stop for several months, he finally saved enough to buy the guitar and then quit his oil field job so he would actually have time to play and practice.

To become as good as Brad Paisley, I knew a lot of practice must have been involved. Day agreed.

When it comes to practicing every spare moment, he proudly admits, “I still do. It’s never ended. He’s one of the greatest to ever do it. So trying to get anywhere close to [Paisley] is nearly impossible.”

He continues, “In all honesty, I’m never going to be able to sound like Brad Paisley.  He’s got different hands, different flesh, a different ear.”

But when it comes to technique and playing the riffs, Day practiced over and over at 50 percent speed until he could master the music. Then he slowly sped it up until he could play the licks as well as his idol.

In high school, Day often played with older musicians, and that is when he began writing songs and singing them. When he was 18, he and a pal wrote a song and entered it in a local radio contest. It won. That’s when he knew he wanted to be more than a guitarist. He wanted to write and sing as well.

The older he got, the more he listened to country music.

“Of course, I loved the guitar solos, but I was infatuated with the songs, and how relatable they were to people. And all the girls loved country music, too,” he adds.

While in Colorado the artist worked several jobs but needed more money to put into his music, After much soul-searching and getting “right with God,” he went back to the oil fields with a more lucrative position.

In his spare time, Day was able to release several singles, like “Nothin’ Better to Do,” “Wild,” and the romantic “Left Hand Heavy.” But the all-favorite song that he has written is
“Two Good Forgivers.”

He remembers that shortly after Billy Graham passed, they were talking about how wise his wife, Ruth, was.

Ruth Graham was reported to have said, “You know what it takes to make a marriage last? It takes two good forgivers.”

Day knew he had a hook and shortly thereafter, the newlywed had a song.

In April of 2022, Day quit the oil field and moved himself and his family to Nashville.

Before the move, his wife told him, “You better put your big-boy pants on and put your two weeks in.”

Since moving to Music City he is proving that he is “all in.”

On June 24th of this year, Day released his latest single “Every Beer Every Bar” featuring Zack Dyer, a tune that raises a toast to getting over a relationship.

Wide Open Country’s Bobbie Jean Sawyer said the song was a “rowdy tune about attempting to drown a heartache during a night out on the town.”

Day met Dyer through his producers, The 720 (Jarrod Ingram and Blake Hubbard). He heard Dyer’s voice on a couple of demos and loved it.

“It’s an honor to have him on this track,” shared Day.

Dyer wrote “Every Beer Every Bar” with Morgan Evans (“Kiss Somebody”), and Lindsay Rimes (Kane Brown) over Zoom in 2020. They felt sure it would be a hit for somebody and they are thrilled that Day has put the song out.

Day now is a seasoned entertainer who has performed at numerous premier venues and events across the country including Bluebird Cafe, Key West Songwriters Festival, and the Rocky Mountain Country Music Awards, where he was nominated for New Country Artist and Performer of the Year.

In the short time that he has been in Nashville, Day is busy playing his music as a frontman all over the area and also fills in as a sideman for some of his pals.

Day has proved time and again that he is not afraid of hard work. With his skillful singing, songwriting, and guitar playing, he has catapulted himself into a promising country music career. I know this artist’s star is just beginning to shine.