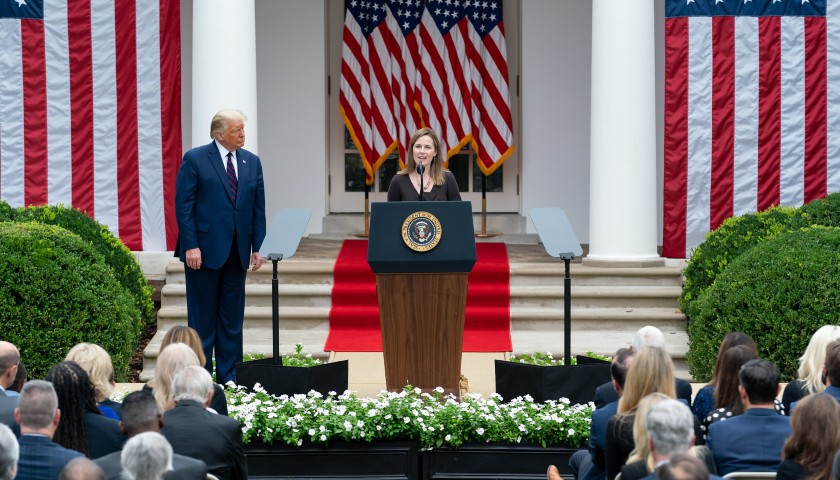 The Catholic mother of seven first came under fire for her Catholic faith at her 2017 confirmation hearings, when Democratic senators suggested that her beliefs might make her unfit to serve as a federal judge.