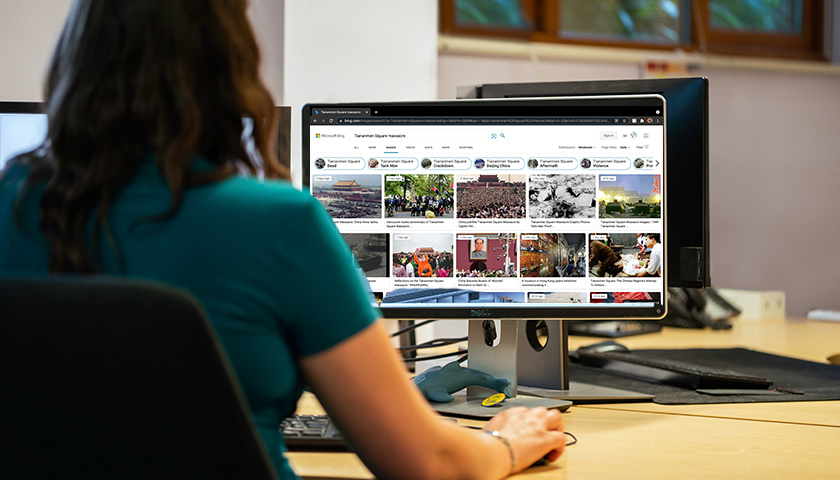 Microsoft’s search engine Bing appeared to censor images of the protester who stood in front of a Chinese tank during the 1989 Tiananmen Square protests.

A Bing Images search of “tank man” yielded no results and a prompt for the user to check their spelling as of Friday afternoon. However, an identical search on Google Images produced hundreds of results including many of the iconic moment.

The famous “tank man” photo was taken on June 5, 1989, one day after the 1989 massacre in which Chinese troops fired indiscriminately upon civilians demonstrating against the government, killing hundreds. The photo showed a Chinese protester, who has since become known as “tank man,” standing in front of a procession of Chinese tanks rolling through Tiananmen Square.