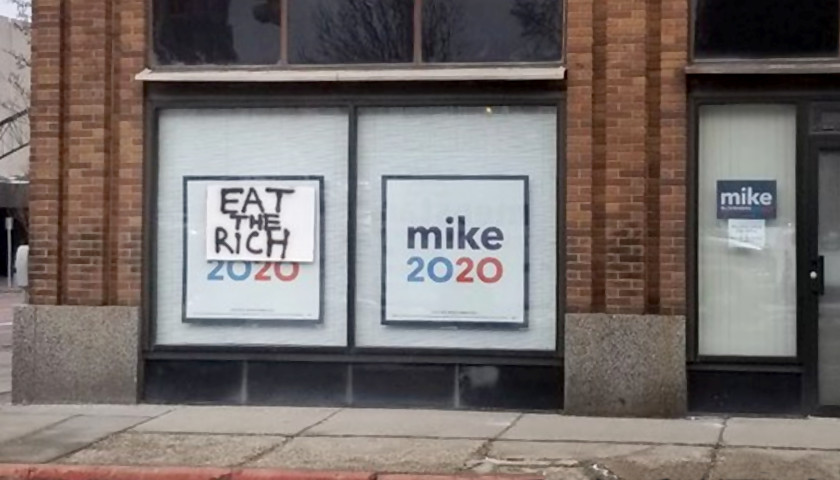 At least seven Michael Bloomberg campaign offices have been vandalized in February with messages the campaign says mirror the rhetoric of Vermont Sen. Bernie Sanders.

Campaign offices in Chicago, Ohio and Michigan have been spray-painted with messages such as “racist oligarch fuck Bloomberg,” “corporate pig” and “eat the rich” over the past two weeks, NBC News reported.