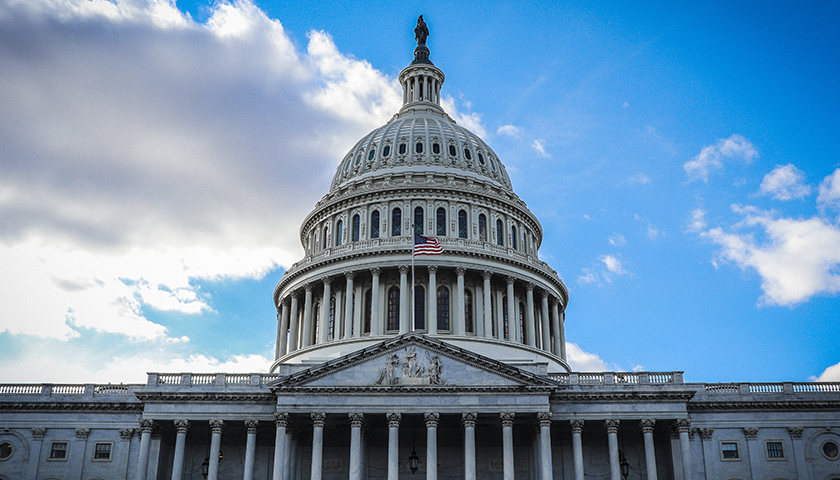 Over the course of the pandemic, federal overspending has exploded even by Congress’s lofty standards. While trillion-dollar deficits were a cause for concern before 2020, spending over just the last two years is set to increase the national debt by over $6 trillion. It’s bizarre, then, that the only thing that members of opposing parties in Congress can seem to work together on is fooling the budgetary scorekeepers with phantom offsets for even more spending.

In total, the bipartisan infrastructure deal includes around $550 billion in new federal spending on infrastructure to take place over five years. Advocates of the legislation claim that it is paid for, but they are relying on gimmicks and quirks of the budget scoring process to make that claim.

Take the single biggest offset claimed — repurposing unused COVID relief funds, which the bill’s authors say would “raise” $210 billion (particularly considering that at least $160 billion have already been accounted for in the Congressional Budget Office (CBO) baseline). Only in the minds of Washington legislators does this represent funds ready to be used when the national debt stands at over $28 trillion.

Wildly excessive federal spending is causing major inflation and shortages, which may lead to a recession and perhaps a financial crisis. Despite the evidence of inflation, Congress is proposing to spend $3.5 trillion on top of the $1.9 trillion COVID relief bill passed earlier this year and the intended $1.2 trillion infrastructure bill. For comparison, federal revenue is only expected to be $3.8 trillion this year.

Evidently, the Democratic Party and President Joe Biden have adopted Modern Monetary Theory (MMT) to the peril of every American citizen. MMT, which is similar to Keynesian economics, says that the U.S. should not be constrained by revenues in federal government spending since the government is the monopoly issuer of the U.S. dollar. MMT is a destructive myth that provides cover for excessive government spending. And it’s not modern, since reckless government spending has been around for thousands of years.

Embracing MMT is similar to providing whiskey and car keys to teenage boys. We know the outcomes will not be good. 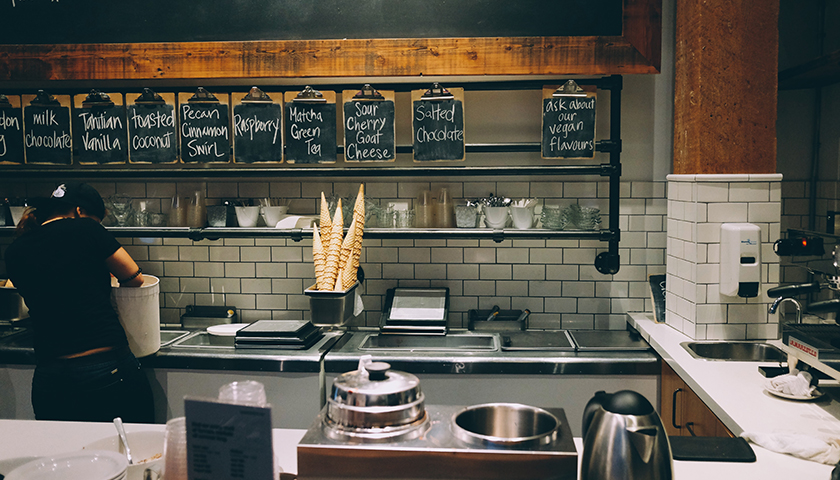 As President Joe Biden promotes his several trillion dollars in proposed federal spending, Republicans and small businesses are raising the alarm, arguing the taxes needed to pay for those spending plans are a threat to the economy.

The House Ways and Means Committee met Thursday to discuss infrastructure development and in particular the impact of proposed tax increases to pay for it. Rep. Kevin Brady, R-Texas, the ranking member on the committee, argued that only 7% of Biden’s proposed infrastructure bill goes to infrastructure and that raising taxes would incentivize employers to take jobs overseas. 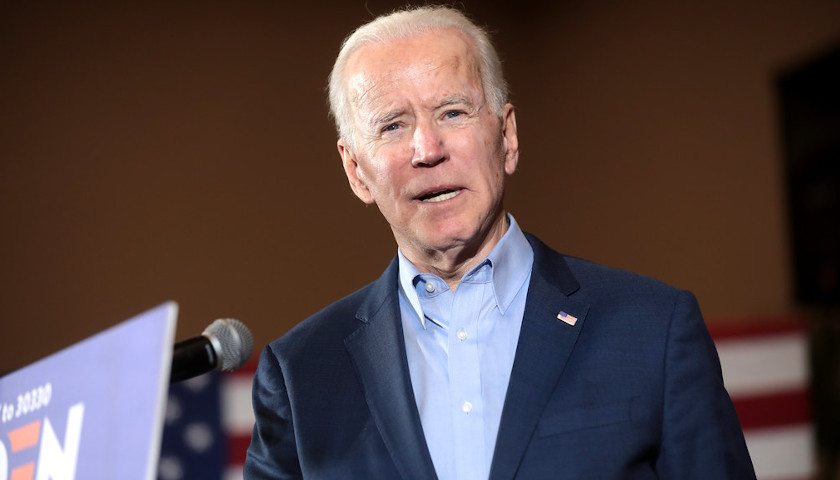 As the U.S. climbs out of a once-in-a-century pandemic, rising prices have led to increasing worry that rapid inflation could be just over the horizon.

Americans have already witnessed higher prices in the past few months, with everything from gasoline to lumber to basic home items jumping in cost. The increases, partially fueled by non-existent interest rates and record government spending, could lead to inflation that the U.S. has not seen in decades, experts say.

“In the short term, consumers can expect to see rising prices across the board,” Henry Olsen, a senior fellow at the Ethics and Public Policy Center and a columnist at The Washington Post, told the Daily Caller News Foundation. “I expect in the next few months people will be getting sticker shocked in virtually all aspects of their life.” 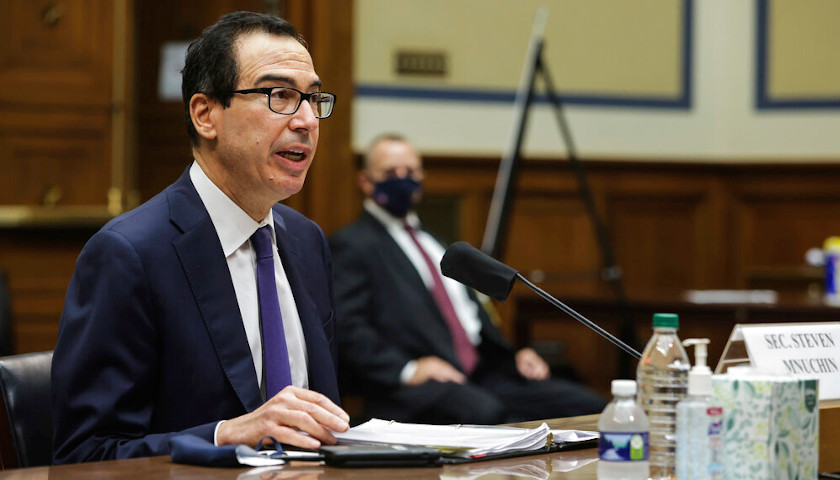 The federal budget deficit hit an all-time high of $3.1 trillion in the 2020 budget year, more than double the previous record, as the coronavirus pandemic shrank revenues and sent spending soaring.

The Trump administration reported Friday that the deficit for the budget year that ended on Sept. 30 was three times the size of last year’s deficit of $984 billion. It was also $2 trillion higher than the administration had estimated in February, before the pandemic hit. 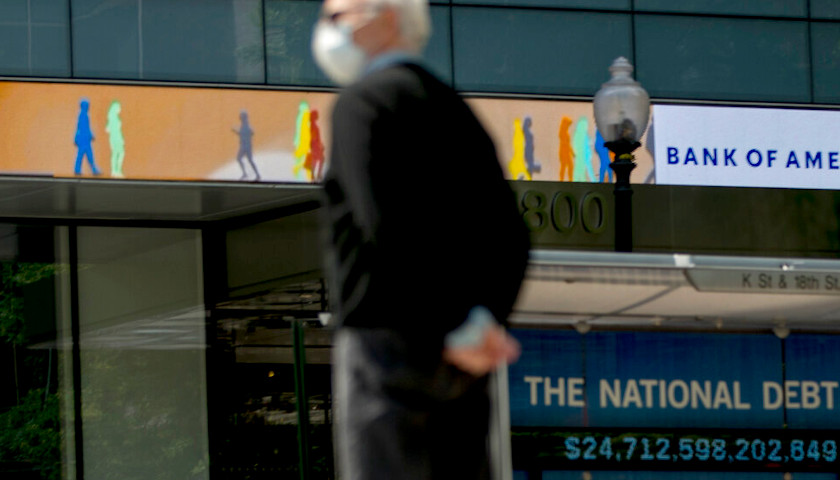 The U.S. budget deficit hit an all-time high of $3 trillion for the first 11 months of this budget year, the Treasury Department said Friday.

The ocean of red ink is a product of the government’s massive spending to try to cushion the impact of a coronavirus-fueled recession that has cost millions of jobs.

The U.S. national debt now exceeds the size of America’s total gross domestic product and the milestone may have been met as early as June, according to a Friday New York Times report.

America’s federal debt stands at around $26.6 trillion — an approximate $7 trillion increase since 2016, according to fiscal data from the Treasury Department. Total U.S. gross domestic product (GDP) was just over $19.4 trillion at the end of June, according to a July 30 release from the U.S. Bureau of Economic Analysis.