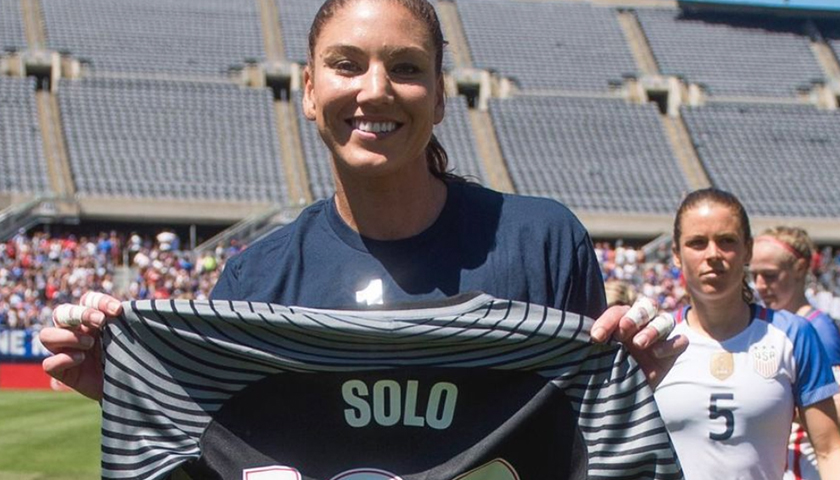 Hope Solo, the former goalie for the U.S. Women’s National Soccer Team, said during an interview on Tuesday that her teammate Megan Rapinoe would resort to bullying tactics to coerce the other players into kneeling during the National Anthem, Fox News reports.

“I’ve seen Megan Rapinoe almost bully players into kneeling because she really wants to stand up for something in her particular way,” Solo said on the podcast “All of US: The U.S. Women’s Soccer Show.” However, Solo noted, “it’s our right as Americans to do it in whatever way we’re comfortable with,” before going on to describe the kneeling phenomenon as “very divisive.”

For this reason, Solo said she was relieved when the National Anthem was removed from the beginning of the game “to really remove that decision from athletes, because that’s very tough.”