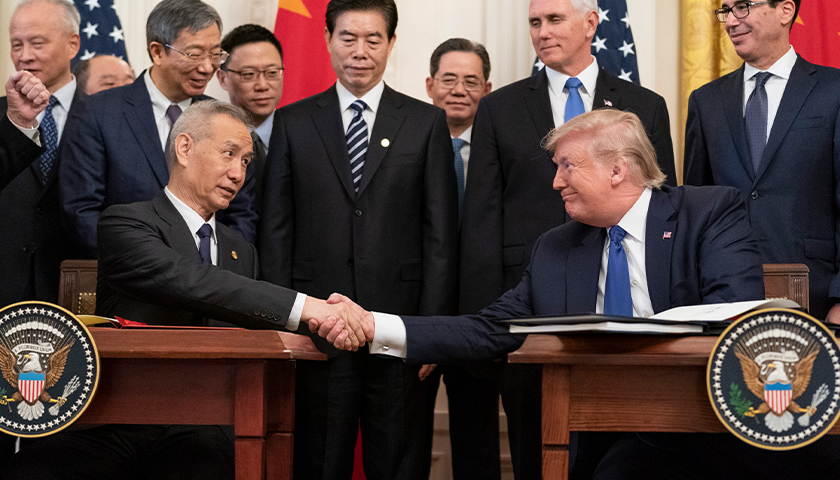 U.S. Trade Representative Katherine Tai said the Biden administration would enforce the Phase One trade agreement negotiated by the Trump administration with China while giving a speech at the Center for Strategic and International Studies on Monday.

“For too long, China’s lack of adherence to global trading norms has undercut the prosperity of Americans and others around the world,” Tai said in prepared remarks. “China made commitments that benefit certain American industries, including agriculture, that we must enforce.”

China has fallen short on the purchase totals it agreed to as part of the agreement, increasing its purchases by only 69% as of July 2021, according to the non-partisan Peterson Institute for International Economics (PIIE).