A 16 hour delay in reporting of the results in Thursday’s Republican primary in State House District 70 by Lawrence County election officials that resulted in a dramatic narrowing of the margin by which State Rep. Barry “Boss” Doss (R-Leoma) lost to newcomer Clay Doggett is raising serious questions about the conduct of those officials.

“The fact that several different and inconsistent vote numbers have been reported from Lawrence County over the past 24 hours raises serious questions about whether the disparities are due to incompetence or actual technical issues or something more sinister. The fact that the Secretary of State’s office seemed to have no idea that there were problems indicates that an investigation or a full audit is in order,” Tennessee Star Political Editor Steve Gill said. 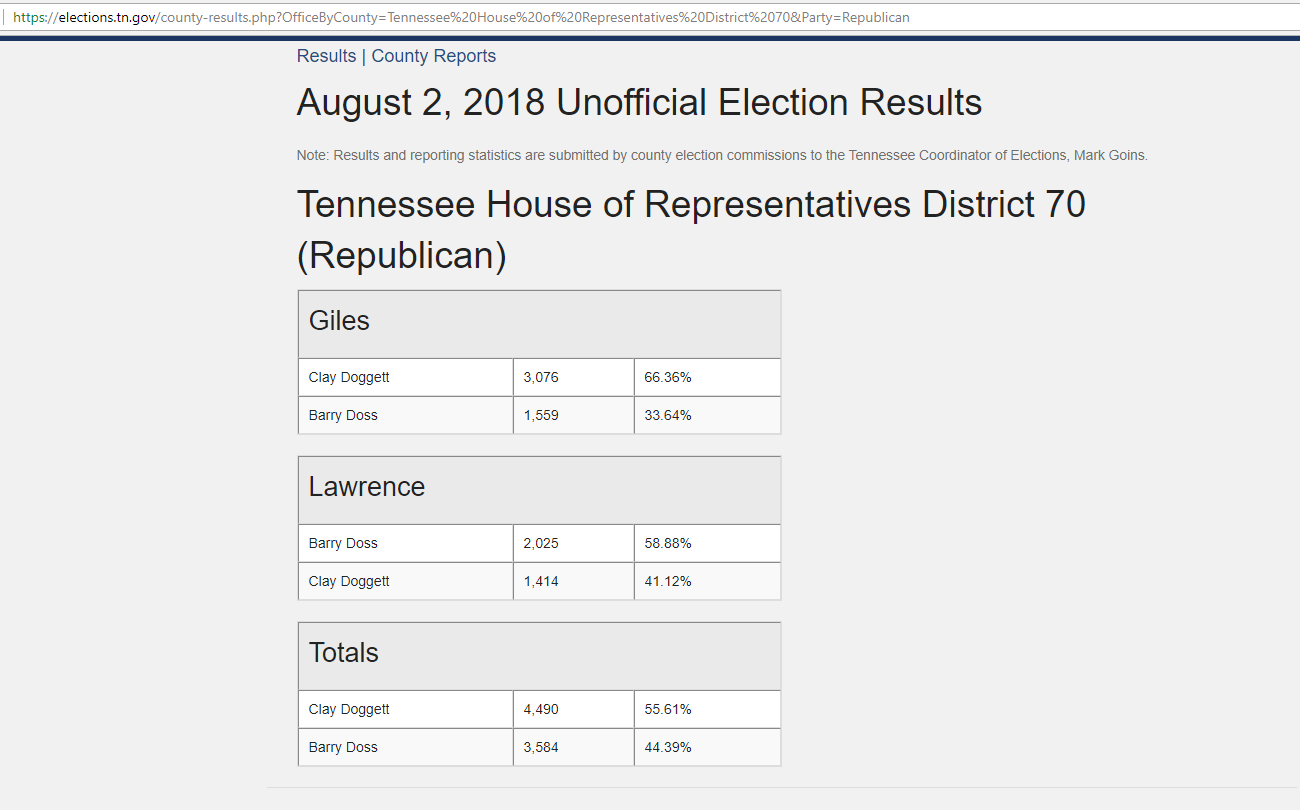 By 11:59 p.m. on Thursday, virtually every county in the state had reported complete results to the Tennessee Secretary of State

The Tennessee Star published a story 18 minutes later at 12:17 a.m. that, according to the results posted at the Tennessee Secretary of State’s website at 11:59 p.m., reported Doggett had defeated Doss 55 percent to 45 percent. Doggett had received 906 votes more than Doss, 4,490 votes to 3,584.

Ten minutes later, at 12:27 a.m., an anonymous commenter who described themselves as “Concerned Citizen” posted the following in The Star’s comment section on that story:

Just a quick correction, Clay won by 300 votes in a much tighter margin than represented here. Just want the facts to be correct.

The Star continually checked the Tennessee Secretary of State’s website throughout Friday morning to see if any update had been made to the House District Republican primary results, but no changes were reported in the results that showed Doggett with a 906 vote victory that morning.
Late Friday morning, however, GilesNews.com provided this report, in a story titled “Dogget Wins Republican Primary.”

In his first run at political office, Doggett outpaced Doss in Giles County by almost two-to-one with 3,076 votes to Doss’ 1,559.

In Doss’ home Lawrence County, Doggett was able to gain enough votes to make his lead in Giles County stand up.

According to this GilesNews.com report, Doggett’s margin of victory over Doss was 353 votes.

It was not until about 4:25  p.m. on Friday–more than 16 hours after an anonymous commenter first posted in a comment at The Star that Doggett’s margin of victory was actually 300 votes–that Lawrence County election officials transmitted the “unofficial” final votes from the county in the Republican primary in House District 70 and those results were posted that the Tennessee Secretary of State’s website showed Doggett’s margin of victory over Doss was 305 votes.

You can see a screen shot of the Tennessee Secretary of State’s election results website taken at that time (4:25 p.m on Friday, August 3) here: 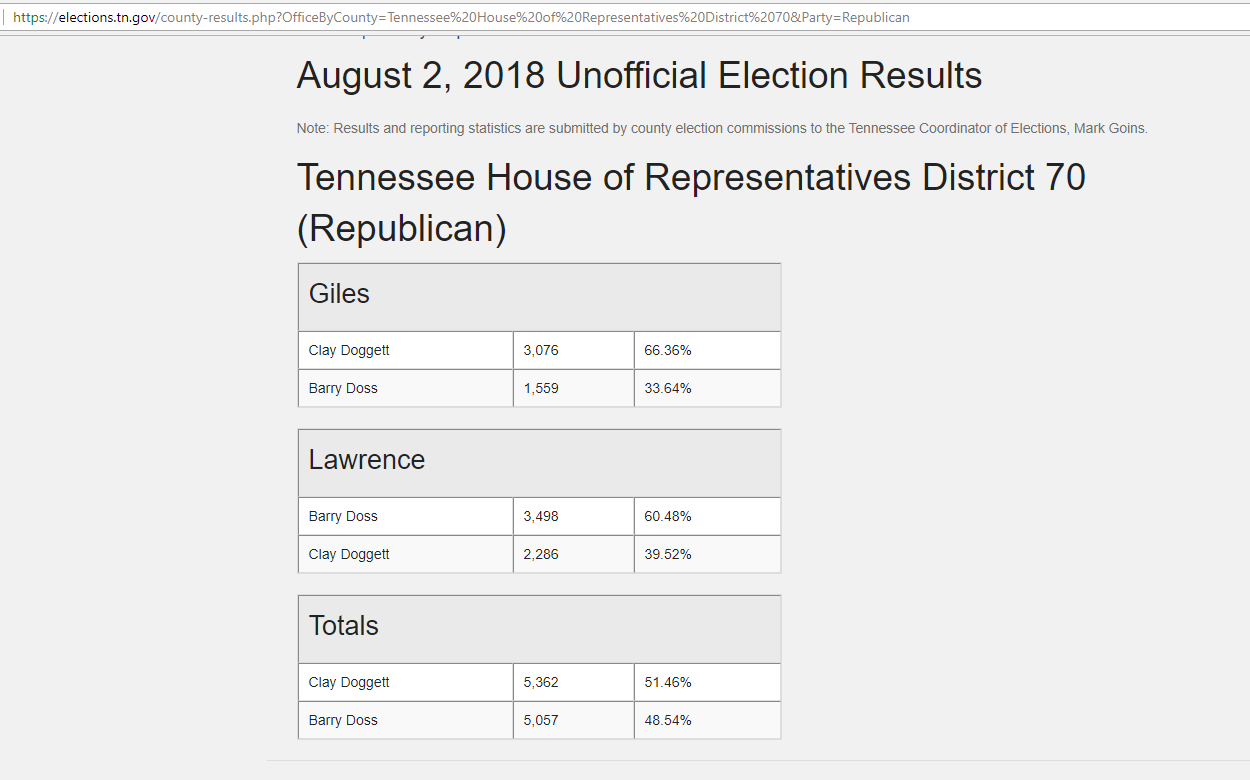