The bill, House File 505, was first introduced in January 2019, but failed to make it out of committee during the last legislative session. DFL lawmakers led by , however, reintroduced the bill earlier this month.

“The task force shall study the form, style, and design of the state flag and suggest any desired changes, while preserving its basic symbolism. The task force may solicit and secure the voluntary service and aid of vexillologists and other persons who have either technical or artistic skill in flag construction and design,” states the bill, which has nine DFL co-sponsors.

As The Minnesota Sun reported 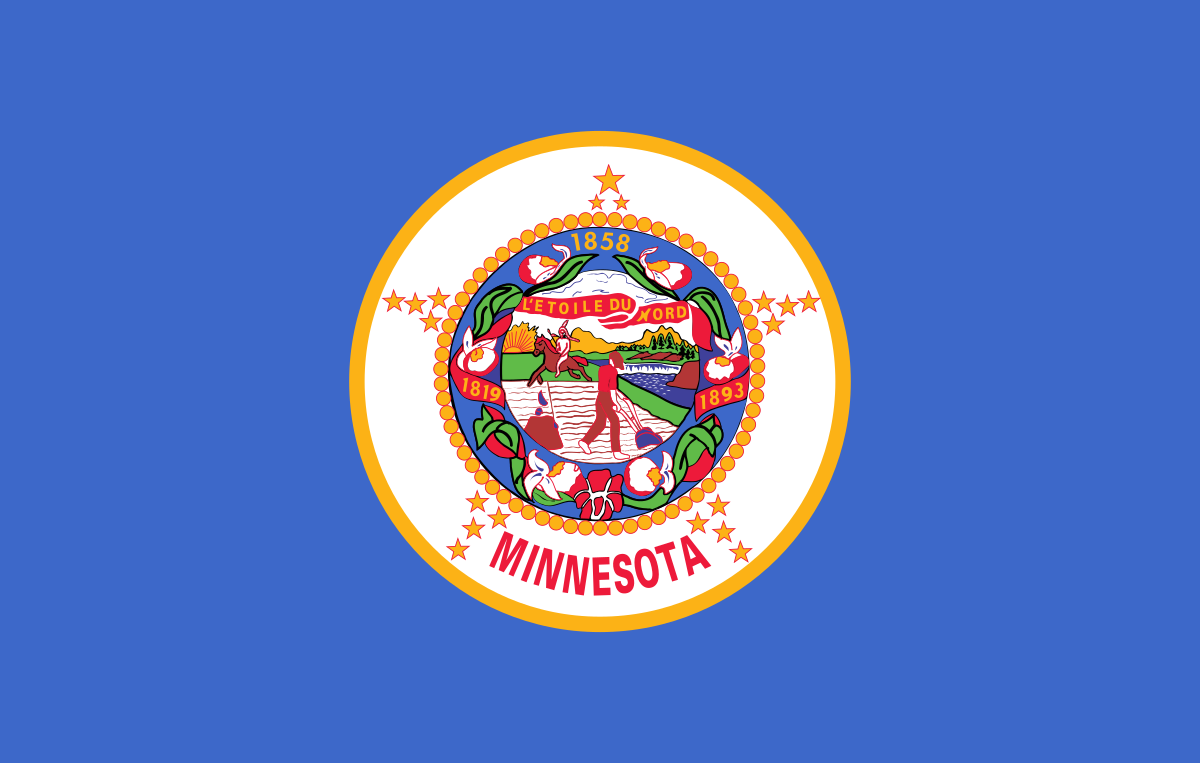 “Minnesota’s distinctive culture, varied landscapes, and diversity of people all make it stand out among the Midwest. But our flag falls flat. Its unoriginality and laziness are shameful. We need a flag that lives up to the grandeur of our state, a flag that the people of Minnesota can be proud of,” said the petition.

Rep. Jamie Becker-Finn (DFL-Roseville), a cosponsor of the bill, said the conservation surrounding the state flag has been going on since the 1980s when an alternative flag design was proposed but not acted on.

“The design – it depicts a native man, sort of old timey, not modern native person essentially running away from a farmer with an ax and a gun,” she told KARE 11. “Obviously it’s just a picture but at the same time it just really isn’t reflective, I think, of who we are as Minnesotans in 2020.”

Becker-Finn said she thinks there are “a lot of good options that would maybe be a better reflection of the state,” such as a loon or the North Star.

The bill was referred to the House Government Operations Committee for a hearing.