The site will focus on Minnesota political news, written from a fact-based conservative perspective and will feature stories that are of interest to residents of the state who voted for Donald Trump in the 2016 Presidential election. 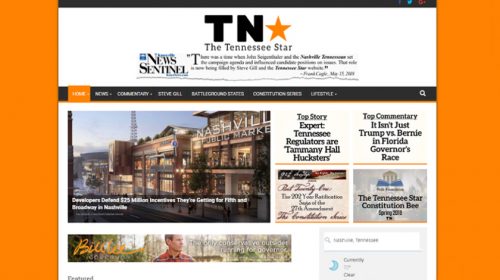 Currently, those Minnesotans have few options to read news reported from that perspective.

The company also announced that Anthony Gockowski has been named the managing editor of The Minnesota Sun. A native of Minnesota and a graduate of the University of St. Thomas, Gockowski is based in Burnsville.

The Tennessee Star, the first conservative news site owned by the company and its predecessor, was launched over a year and a half ago. Since its launch it has been very successful, both in terms of its political influence in the state and its financial performance.

Since its launch, more than eight million visitors have come to The Tennessee Star website. The website has been profitable each month of its operation, due to a business model that focuses on attracting advertisement from mid-sized locally owned businesses, and its focus on news that is of importance to residents of the state who voted for Donald Trump in the 2016 Presidential election. 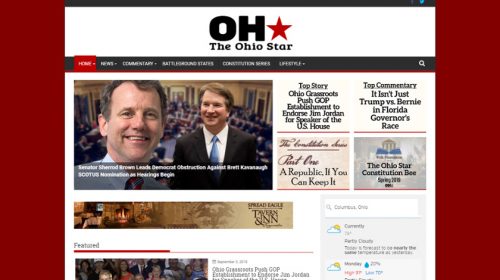 “There is a huge demand for local, fact-based, news focused information from a center-right perspective as the mainstream media moves further and further to the far Left and sacrifices fairness and truth in pursuit of promoting their liberal agenda,” company co-founder Gill said.

“Our sweet spot is the stories they choose to ignore or, worse, contort into pure propaganda. Our democracy depends on an issue informed and engaged citizenry, and most media are failing in providing accurate information and seem more intent on enraging rather than engaging,” Gill added.

The company chose to expand into Ohio and Minnesota because they are battleground states that will figure prominently in the outcome of the 2018 midterm elections and the 2020 Presidential election, and have virtually no conservative media outlets currently in operation.

Gill said that the company anticipates expanding to as many as fifteen additional 2020 battleground states within the next 12 months. Michigan, Wisconsin, Missouri, North Carolina, Colorado, Nevada, and New Mexico are among the states targeted for further expansion.