The Gross Domestic Product (GDP) grew at an inflation-adjusted 2.1 percent in the second quarter of 2019, upping the ante for the remaining quarters in order to get to 3 percent growth for the year, according to data compiled by the Bureau of Economic Analysis.

The first quarter the economy grew at 3.1 percent, but with the slowing in the second quarter, now, the economy must catch up in order to get back on track for 3 percent for the year.

To get there, the economy will either need to grow at a reported 6.98 percent in the third quarter, finishing out with 3 percent in the last quarter, or grow at a little more than 5.6 percent for the last two quarters, according to an Americans for Limited Government analysis of the available data. 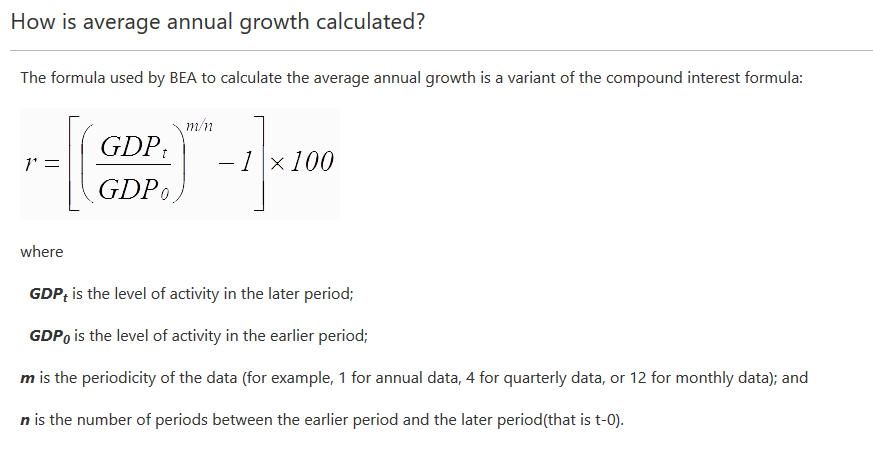 That may sound like a lot, but it owes in part to the way GDP is calculated on a quarterly basis versus on an annual basis. They are not the same formulas. Don’t think you just average out the quarterly rates to figure out what the annual rate is. That is not how it’s done.

Suffice to say, that’s probably not going to happen. Most likely, the economy winds up in mid-2’s somewhere for the year. Which is not great but not terrible, either.

The Trump economy is still markedly improved from the preceding years. Unemployment remains at a 50-year low of 3.7 percent, according to the Bureau of Labor Statistics.

Wage growth from 2017 forward is the best seen since the financial crisis, most recently at 2.8 percent growth in the first quarter of 2019. Those are good numbers.

For 16-to-64-year-old working-age adults, the economy is definitely improving. While the population of working-age adults has increased by about 1 million between 2016 and 2018, the civilian labor force grew by 2.1 million. In 2019, labor participation is still increasing for that group, too, so we’re still on the right track.

That shows that the millions of younger workers who were displaced in the financial crisis and the Great Recession are finally oriented fully into the labor force. Note, that’s excluding the increasing population of Baby Boomer retirees, which appears to have been a drag on growth now and in the future.

Long-term, there could be cause for concern. The U.S. is at 1.76 births per woman. The U.S. went below 2 births per woman from 1973 all the way through 1989. Anything below 2 means the population will eventually begin decreasing without offsets. Similar trends overseas have led to stagnation. Japan is at 1.43 births per woman and has been below 2 since 1975. Now, Japan has barely grown nominally in 20 years amid a declining population.

Some argue these trends could be offset with more immigration. The population of White, non-Hispanics over 16, still the largest chunk of the adult population, is not growing presently in the U.S. Yet, in spite of plenty of immigration, the fertility numbers are still on a marked downward trend and have been since 2008. The median age of immigrants is 43, too, so the aging demographics present in other nations is also in play in Mexico and Central America. Mexico, for example, was at 2.15 births per woman by the latest count and dropping. So, the long-term trend of declining fertility is likely to continue, even with more immigration.

Some growth, however, comes as those groups with lower labor participation, such as women, enter the labor force. That’s where the slack is, and to the extent, we’re seeing the growth it’s owed in large part to working-aged adults entering the economy.

So, reorienting to the fast-approaching politics of 2020, the current numbers on growth, jobs and wages are strong enough, most certainly, to buoy President Donald Trump’s reelection prospects next year.

Former President Barack Obama got reelected with numbers that were much, much worse. In Oct. 2012, unemployment was still 7.8 percent. Wages were not growing at all. GDP wound up coming in at 2.2 percent that year. The numbers were slowly improving, though, and that was good enough to get four more years.

And Trump can make the case that he’s doing what he can to help the economy grow even faster by bringing production back to the U.S. with better trade deals. The U.S.-Mexico-Canada Agreement is before Congress, and Trump continues his tough approach with China.

The point is, in past reelection cycles pocketbook issues have always loomed. The American people are prudent and frugal, too, and as the old saying goes, if it ain’t broke, don’t fix it.