Republicans are criticizing Minnesota House Speaker Melissa Hortman (DFL-Brooklyn Park) for her decision to remove Rep. Matt Grossell (R-Clearbrook) from his committee assignments following his drunken arrest in May. China is alleged to harvest the organs of thousands of political dissidents it keeps in concentration camps, it threatens Hong Kong and Taiwan daily, it appears to be funding and assisting the North Korean nuclear missile program and is using the hundreds of billions of dollars of trade deficits to build a first-rate navy to defeat the U.S. as every year’s trade deficit pays for more than two years of China’s military spending. Progressives took a hit when Britain’s equivalent of a charter school turned in test results four times better than their nation’s average, The Federalist reported. The Justice Department’s inspector general sharply criticized James Comey on Thursday, saying in a report that the former FBI director violated bureau policy in the handling of memos that he wrote after conversations with President Donald Trump. Children born to U.S. citizens stationed abroad as government employees or members of the U.S. military will no longer qualify for automatic American citizenship under a policy change unveiled on Wednesday by the Trump administration. A biologically male runner in the NCAA’s top division is competing in women’s cross country this fall. Almost imperceptibly, as political discourse continues to be a discordant contest between haters and admirers of President Trump with no journalistic distinction between comment and reporting, there has been substantial progress toward an improved strategic environment for the United States and the West generally. The Environmental Protection Agency announced Thursday a plan to loosen federal rules governing methane emissions, a move that could be a boon for some energy providers and setback for environmentalists, the agency said in a statement. 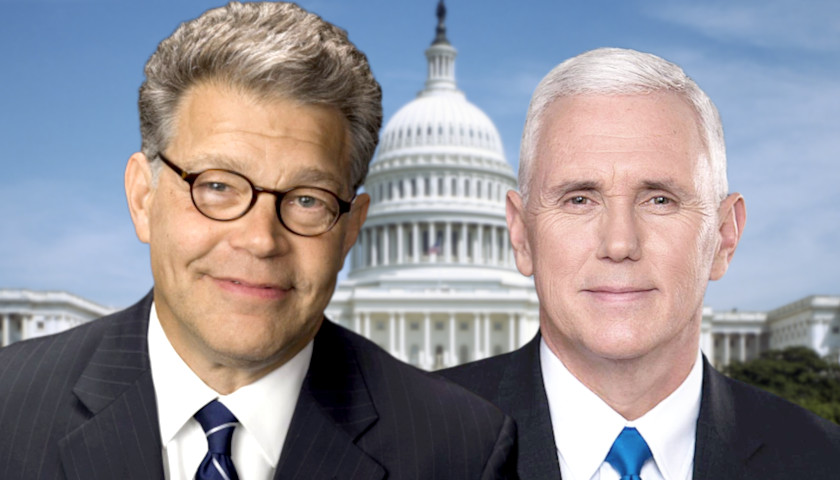 Former Sen. Al Franken, who resigned from Congress after facing allegations of sexual misconduct, said on a recent edition of his podcast that Vice President Mike Pence “contributes to the creepiness.”