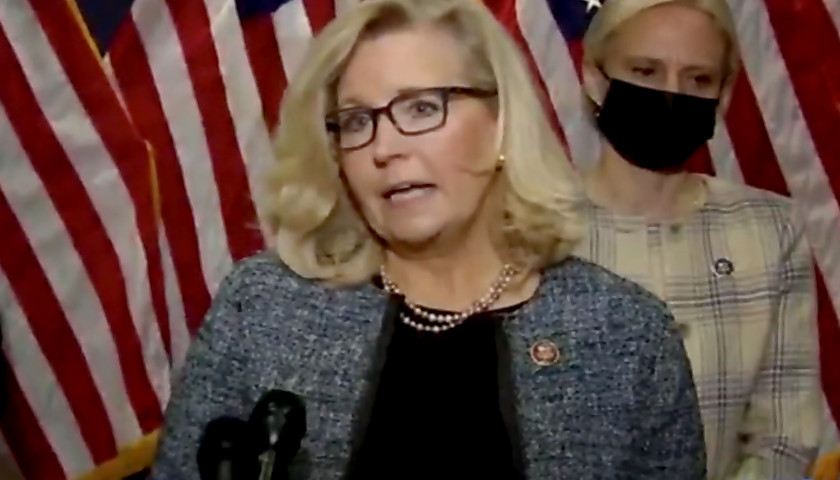 Cheney was the House GOP conference chairwoman, the No. 3 Republican in the chamber. The vote to remove Cheney occurred via a voice vote, according to Illinois Republican Rep. Adam Kinzinger. Following the vote, Cheney told reporters she would work to make sure former President Trump is not elected again. 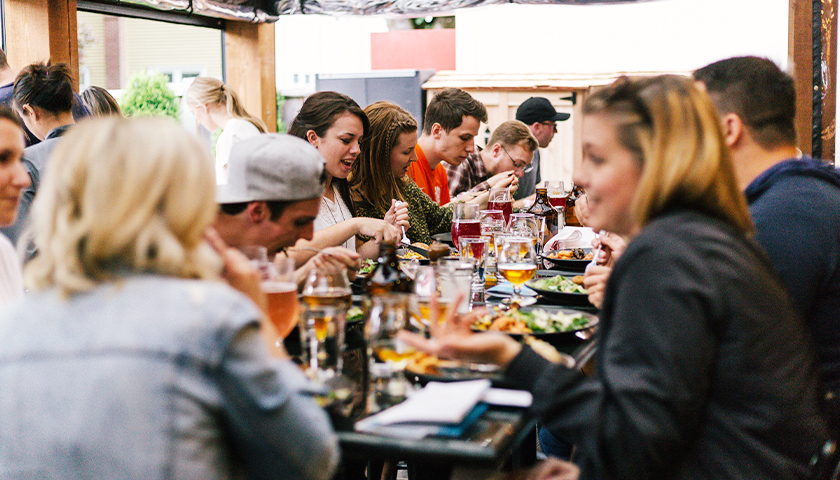 A majority of Americans said for the first time in over a year that returning to their “normal” pre-pandemic lives did not pose a moderate or large health risk, an Axios/Ipsos survey shows.

The survey, released Tuesday, showed just 43% of Americans saying that returning to “normal” posed either a large or moderate risk to their health. It also shows that majorities of Americans have begun to enjoy several aspects of pre-pandemic life: 54% of Americans have eaten at a restaurant, 59% have visited family or friends and 31% have made summer plans – all in the past week alone.

The return to normalcy and the mental health benefits associated with it directly corresponds with the amount of Americans who say they have been vaccinated. Almost two-thirds of respondents say that they have received at least one shot, and 18% say that their emotional well-being has improved in the past week, which the survey notes is an all-time high during the pandemic. 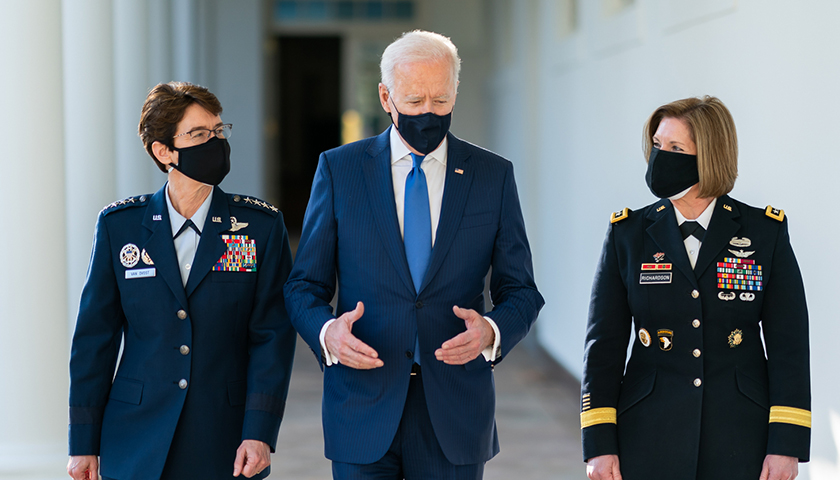 For decades, U.S. policy toward Iran has produced disappointing results, largely because American administrations have underestimated the entrenched ideology of Iran’s theocratic dictatorship and mistakenly assumed the regime can be tamed by conciliatory diplomacy.  Western efforts to placate Tehran have failed consistently since the revolutionaries took power in 1979, yet recent reports indicate President Biden is in the process of repeating this failure.

Just as the Obama administration did with its disastrous 2015 Iran nuclear deal, the Biden administration is now seeking to lift economic sanctions against Iran in exchange for temporary commitments from Tehran to curb its nuclear program.  A senior State Department official recently revealed that the Biden administration is reviewing all U.S. terrorism and human rights sanctions on Iran since 2017 to assess whether those sanctions were “legitimately imposed,” and that some sanctions will need to be lifted to ensure Tehran is “benefiting” from the nuclear deal.  Like Obama, Biden hopes that relaxing economic pressure can convince the regime to put aside its nuclear ambitions, focus on Iran’s economy and people, stop bankrolling terrorist proxies, and become a normal member of the international community. 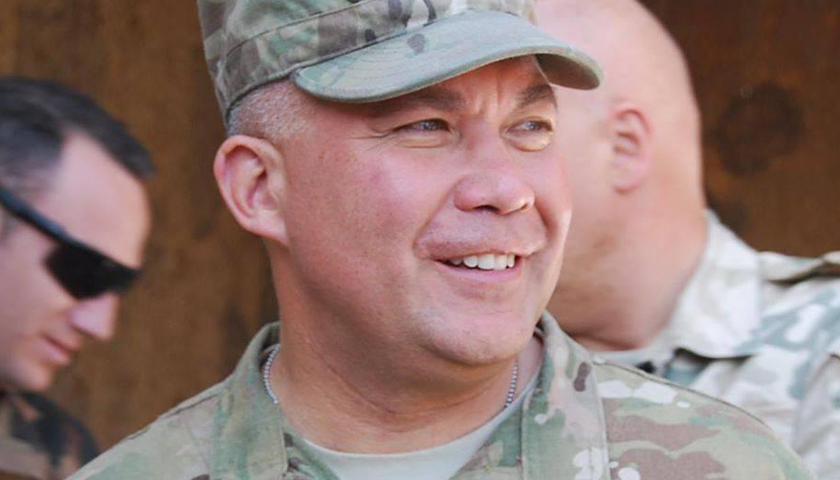 Army veteran Denton Knapp has announced a bid for Wyoming’s one and only House seat, meaning that sitting Rep. Liz Cheney will face yet another challenger in the GOP primary.

Knapp, who graduated from Campbell County High School in Gillette, Wyoming, lives in California but is returning to the state, according to the Gillette News Record. He will face-off against multiple other Republicans who will also be competing in the contest.

Cheney, the House Republican Conference chairwoman, has been a vocal critic of former President Trump’s claim that the 2020 election was tainted by fraud. She was also one of 10 House Republicans to vote in favor of impeaching Trump in the wake of the Jan. 6 Capitol riot. 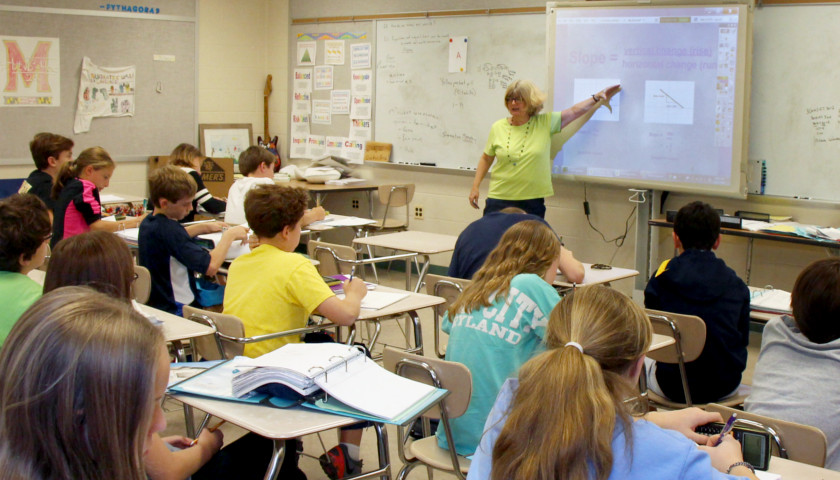 More children are likely to have increased access to educational options after state legislators across the U.S. advanced a slew of bills this year expanding school choice, according to several state-by-state surveys.

“This is a banner year for the educational choice movement. Hundreds of thousands of children nationwide will now have greater access to educational opportunities,” Jason Bedrick, director of policy at Ed Choice, a national nonprofit organization that promotes state-based educational choice programs, told The Center Square.

At least 50 school choice bills have been introduced in 30 states so far, designed to create or expand vouchers, tax-credit scholarships and education savings accounts, among other measures. 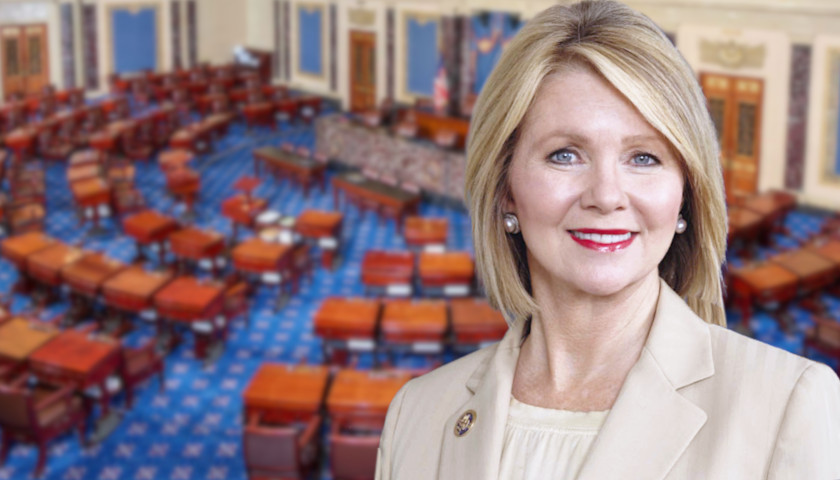 Senator Blackburn’s remarks come in response to the cyber attack on Colonial Pipeline, which has greatly impacted gas prices and levels across several states. 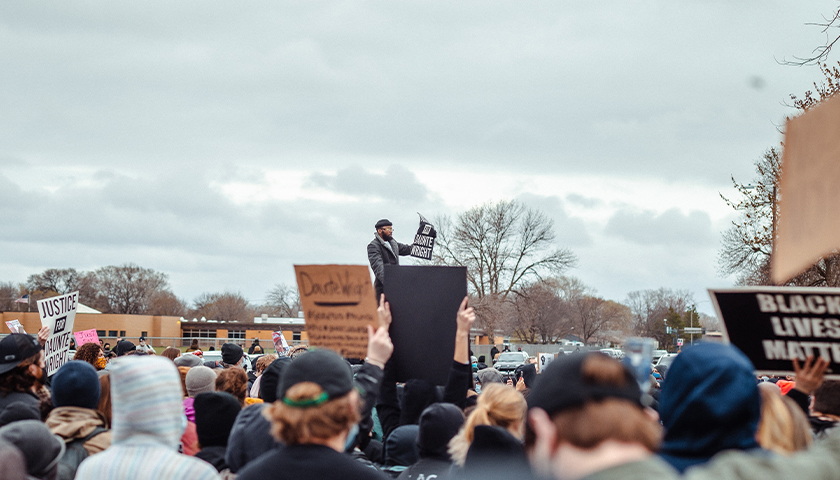 The other day, I wrote that “woke” was the new conformism.

It is, of course, but I undersold it. It’s much more than that and more dangerous.

As Tal Bachman notes at Steynonline, it’s now our state religion, a state religion in a country that—constitutionally and for good reason—isn’t supposed to have one.

But “Wokism” is yet more than that, too. It’s a mass psychosis similar to many that have arisen throughout history when the masses followed leaders who, in their zeal or self-interest, took them to disastrous ends. 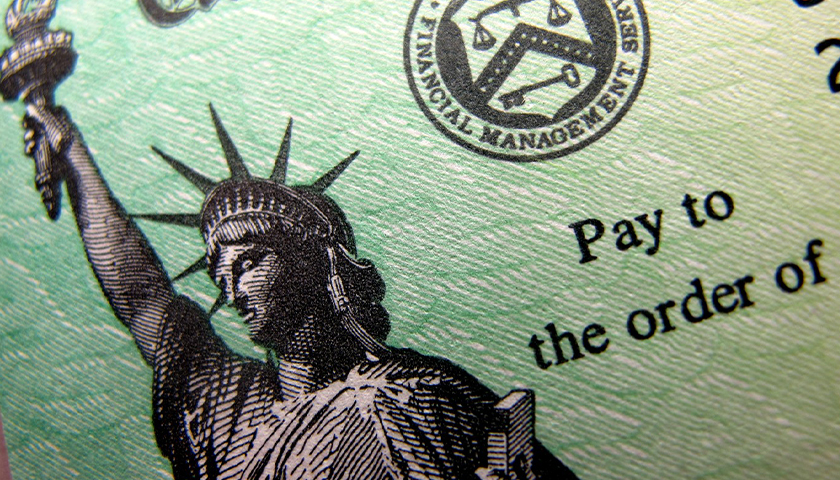 Republican Gov. Kay Ivey announced that the state would withdraw from the coronavirus relief program by June 19, 2021, arguing that the $300 in additional weekly payments was incentivizing people not to look for jobs. She suggested that the labor shortages reported in states across the country have been caused by the unemployment boost.

“As Alabama’s economy continues its recovery, we are hearing from more and more business owners and employers that it is increasingly difficult to find workers to fill available jobs, even though job openings are abundant,” Ivey said in a statement. 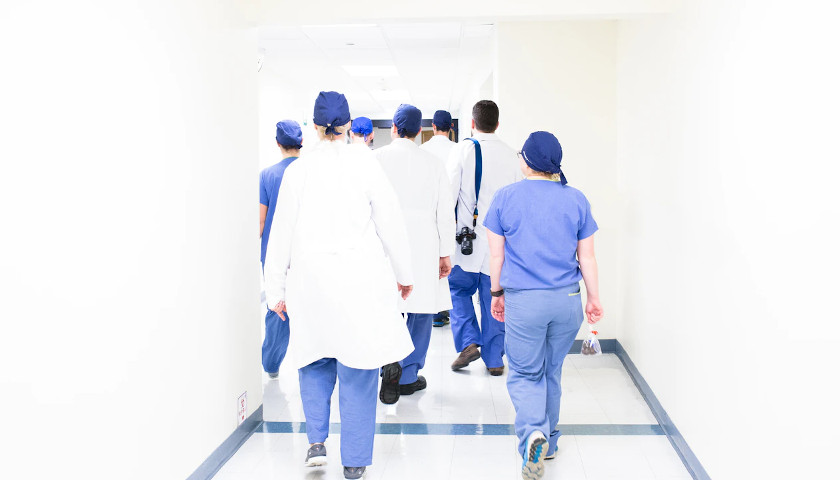 Under the Biden Administration, the Department of Health and Human Services (HHS) has eliminated religious conscience exemptions for doctors who are forced to perform gender-alteration surgeries, according to the Washington Free Beacon.

The move represents yet another crucial and widely-popular policy that was first enacted by President Donald Trump, only for Biden to reverse it. HHS announced on Monday that to overturn this policy, it would be expanding its definition of sex discrimination so that sexual preference and “gender orientation” would be included among identities that could be considered discriminated against by such a policy.

HHS Secretary Xavier Becerra released a statement in which he claimed that “people have a right not to be discriminated against on the basis of sex and receive equal treatment under the law, no matter their gender identity or sexual orientation. That’s why today HHS announced it will act on related reports of discrimination.” 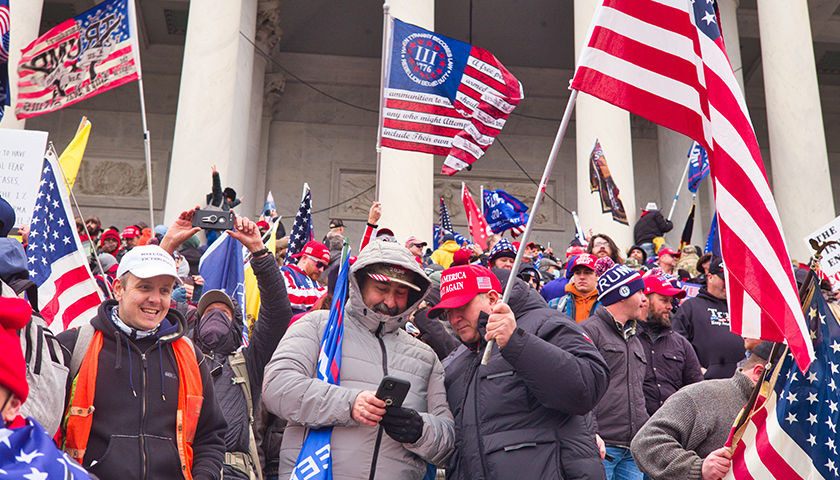 Joe Biden calls it the worst attack since the Civil War. Attorney General Merrick Garland compares it to the 1995 Oklahoma City bombing. The FBI is breaking down the doors of Iraq War veterans and small business owners who have no criminal records, and some are hauled off to rot in solitary confinement in a fetid D.C. jail, for their involvement in the alleged travesty.

The event, of course, is the roughly four-hour-long disturbance at the U.S. Capitol on January 6. As mostly nonviolent Americans dared to protest Congress’ certification of a clearly fraudulent presidential election in a place that once was considered “The People’s House,” lawmakers scurried for cover as reporters and photographers captured part of the ruckus on video and still shots to wield as political ammunition against Donald Trump and his supporters.

But have we seen a full and fair depiction of exactly what happened that day? The answer, as evidenced by an ongoing coverup by the U.S. Capitol Police and the Justice Department, clearly is no. 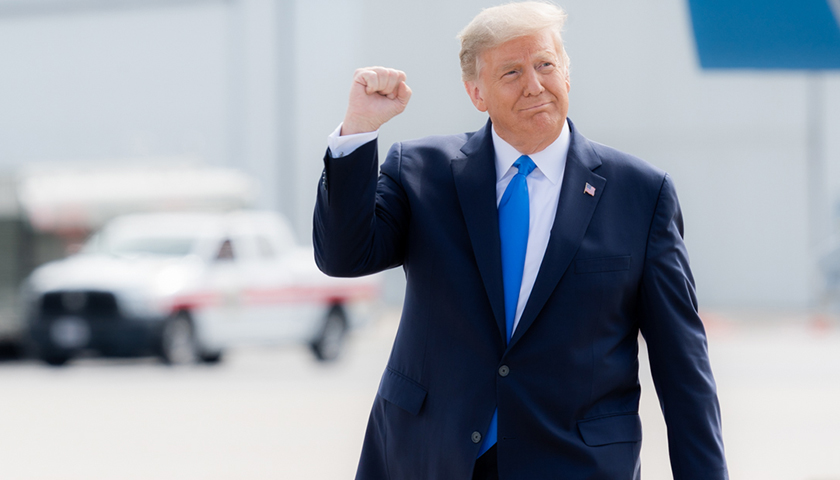 Trump’s endorsement comes after Youngkin, the former CEO of the private equity giant Carlyle Group, won the Republican nomination for Virginia governor Monday, the New York Times reported. The Virginia election will be one of only two state elections choosing governors in 2021.

“Congratulations to Glenn Youngkin for winning the Republican nomination for Governor of Virginia,” the former president said. “Glenn is pro-Business, pro-Second Amendment, pro-Veterans, pro-America, he knows how to make Virginia’s economy rip-roaring, and he has my Complete and Total Endorsement!” 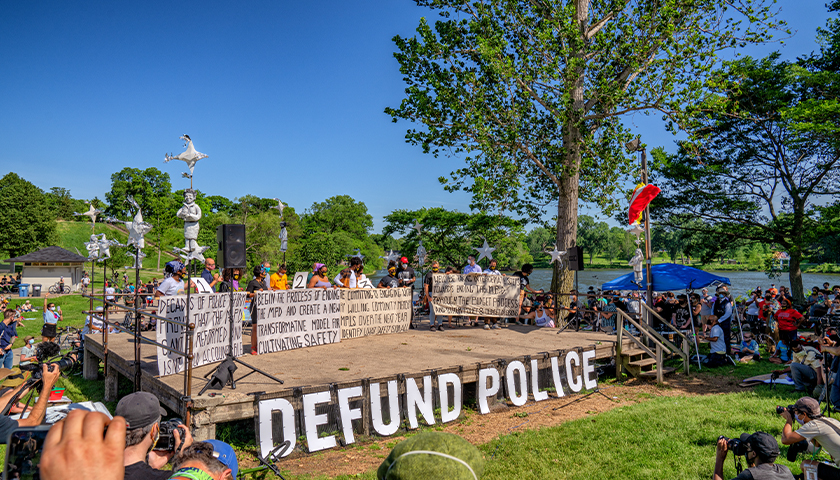 A Minneapolis City Council member said his life was endangered when Mayor Jacob Frey criticized his “public commitment to defunding and abolishing” the police department.

Council Member Phillipe Cunningham has been engaged in a public spat with the mayor over the past several days and blamed him for the shocking uptick in crime across Minnesota’s largest city.

“Last night, 78 shots were fired in one incident in my ward. Within a 20 minute period there were five other incidents of shots fired throughout the ward last night, as well. I was informed by constituents that about two hours ago, an Amazon truck was hit with bullets near Loring School. This is just a few of the incidents that have taken place in the last 24 hours in just Ward 4,” Cunningham said in a Friday email to Frey.